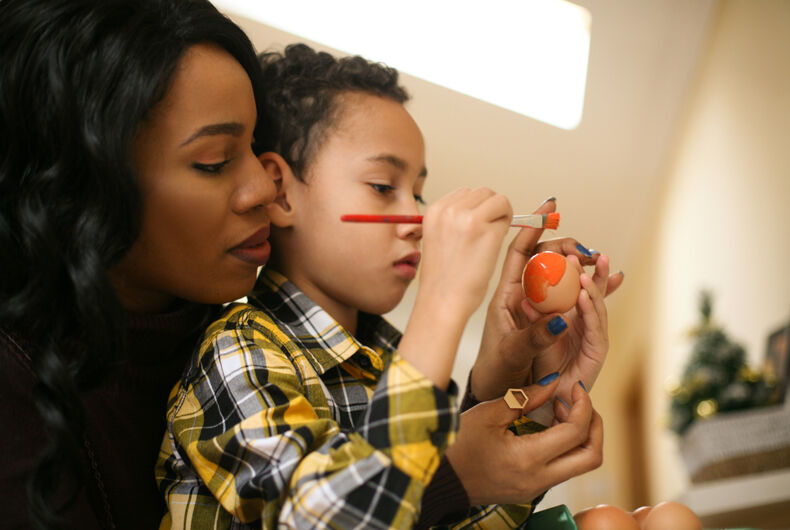 For many Christians, Easter is a high holy day – it’s the religious bedrock that not only anchors them in their faith, but also shapes and governs their view of the world.

My passion for Easter is like that of Christian author C.S. Lewis. In his 1945 essay “Is Theology Poetry?,” Lewis expressed his passion for the whole of Christianity thusly: “I believe in Christianity as I believe that the sun has risen: not only because I see it, but because by it I see everything else.”

That “everything else,” for me, is learning to see those at the margins of society.

It is at those margins where you see injustice being done. At the margins one can honestly critique the oppressive structures in society that keep us wounded as a people, and also help heal — both for the oppressed and the oppressor.

Easter gives me the opportunity to consider Jesus. Jesus’ death forces me to consider his life on the margins of society and the events that led to his crucifixion. Each year I glean new insights.

Two thousand years ago, Jesus was unquestionably a threat to the social and political status quo. Viewed as a religious threat because of his iconoclastic views and practice of Jewish law, and as a political threat to the Roman government because of his popularity among the poor and oppressed, Jesus was nailed to a cross – an attempt by those in power to eliminate him.

It would be an egregious omission to gloss over the unrelenting violence that took place during Jesus’ time, especially in light of the ongoing violence in today’s society toward people of color, women, Jews, Muslims, and lesbian, gay, bisexual, and transgender people, to name a few.

It is sometimes said in many traditional Christian churches that “Jesus died for our sins.” Such language masks the reality that Jesus died “because of our sins” – our intolerance, our hatred, our violence.

The image of Jesus as the “suffering servant” has served to ritualize suffering as redemptive. While suffering points to the need for redemption, suffering in and of itself is not redemptive.

Furthermore, the belief that undeserved suffering is to be endured through faith can encourage the powerful to be insensitive to the suffering of others and forces the less powerful to be complacent to their suffering — thereby maintaining the status quo.

For example, as an instrument for execution by Roman officials, Jesus’ suffering on the cross should never be seen as redemptive any more than the suffering of African-American men dangling from trees in the South during Jim Crow America.

The lynchings of African-American men were never meant as restitution for the sins of the Ku Klux Klan, but were, instead, because of their sins that went unaccounted for decades, until the 1951 Federal Anti-Lynching Act was passed.

In other words, Jesus’ death on the cross and the lynching of African Americans are synonymous experiences.

When suffering is understood as an ongoing cycle of abuse that goes on unexamined and unaccounted for, we can then begin to see its manifestation in systems of racism, sexism, classism, heterosexism, and religion-based bigotry not only in our everyday lives but also in the world.

With a new understanding about suffering and how it victimizes the innocent and aborts the Christian mission of inclusiveness, Jesus’ death at Calvary invites a different hermeneutic than its classically-held one.

So when the Christian community looks at the cross this Easter Sunday, we must see not only Jesus there, but the many other faces and bodies that are crucified along with his around the world, too. In so doing, we deepen our solidarity with all who suffer at the margins of society, thereby seeing those who are in our midst.

Was Jesus a queer drag king?