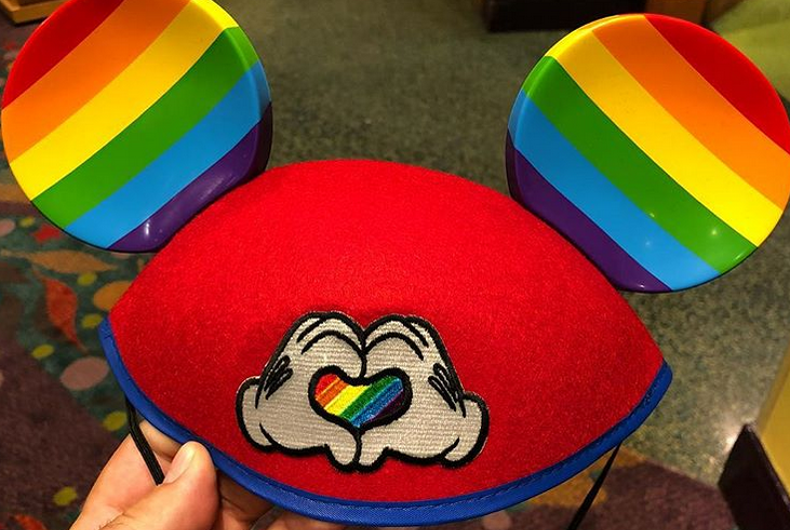 A post shared by Attractions Magazine (@attractionsmagazine) on Apr 21, 2018 at 6:56pm PDT

Mickey Mouse ears are a fun hat to wear at a Disney park, and usually they’re black with a Disney logo in the middle.

The new pride ears are rainbow colors with a red cap. Instead of the more common logo, there are two gloved hands making a rainbow heart.

Disney World got gay ears and I need to get them just to piss off old religious people pic.twitter.com/wsGYJhqYsw

The ears are being sold only at Disneyland and Disney World. A spokesperson for Disney said that it will be available through Disney’s site and app, but it’s currently not listed.

Fans are already trying on the new rainbow ears.

RuPaul was on Jeopardy last night & she won it all