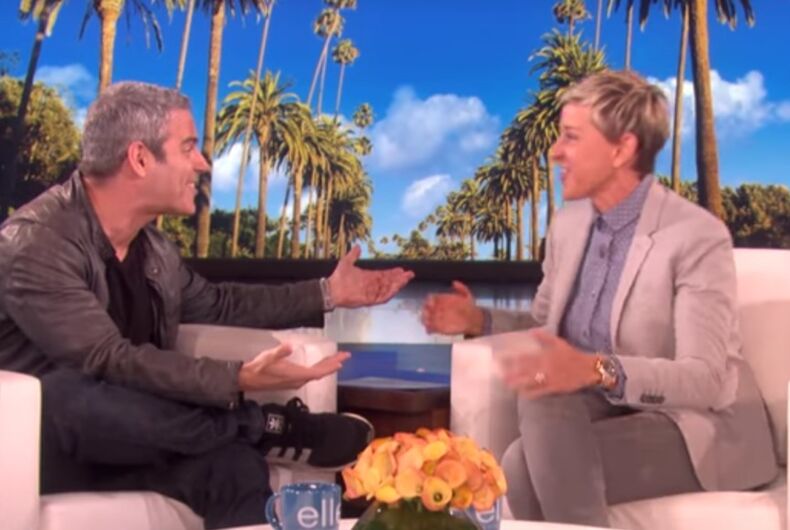 Andy Cohen was on Ellen’s show yesterday to promote the second season of Love Connection, and she asked him whether he was using dating apps.

Cohen said that he keeps getting kicked off it, though, because someone at totally-not-Grindr thinks that he’s impersonating Andy Cohen.

He also brought up how a member of his audience who is under 25 hit on him. He said that that “might be” too young, but Ellen wasn’t having any of that and said that 25-years-old is “for sure” too young for Cohen.

Apparently Ellen has an issue with couples with significant age gaps? OK then.

Meet the man who is set to replace Paul Ryan. He’s even worse.

The trailer for ‘Pose’ just dropped & it looks fabulous