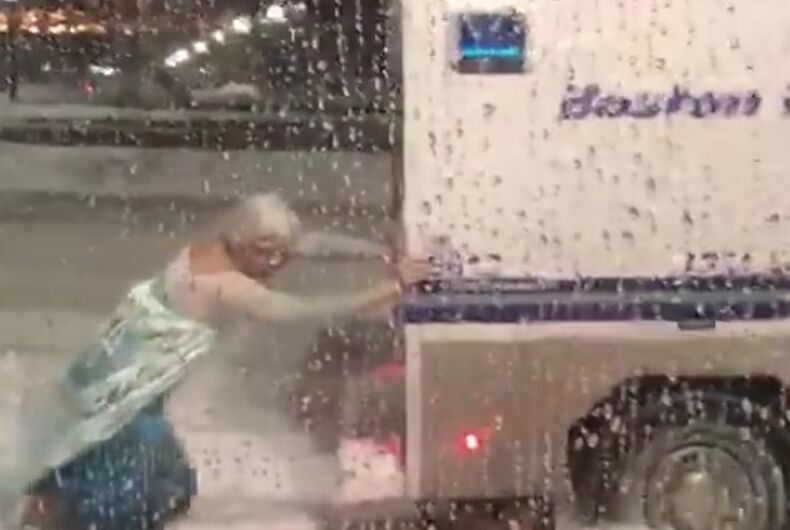 A video of a man dressed as Elsa from the Disney film Frozen pushing a police wagon has gone viral.

People, which tracked down the man in the video, reports that a couple of police officers in Boston went into The Gallows restaurant for food during the blizzard. When they left, they found that their wagon was stuck.

“Elsa was the first one to run and prance out and help,” said the restaurant’s manager Allegra Wolff. “It was amazing. He started pushing with all his might, and finally got the car unstuck.”

Christopher Haynes captured the moment on his phone and posted it on Facebook. People can be heard cheering Elsa on: “Come on, Elsa! The girl we didn’t deserve.”

Elsa was Jason Paul Triplett, a 37-year-old lawyer who bought the costume last winter and was having fun entertaining his friends.

“Everyone will be over it by noon,” he said. “But if this is my 15 minutes, I would like to leverage it to meet Adam Rippon.”

It seems like everyone is looking for a way to meet Adam Rippon these days. Last month, Sally Field used her legendary status to get her gay son some face time with the Olympic figure skater.