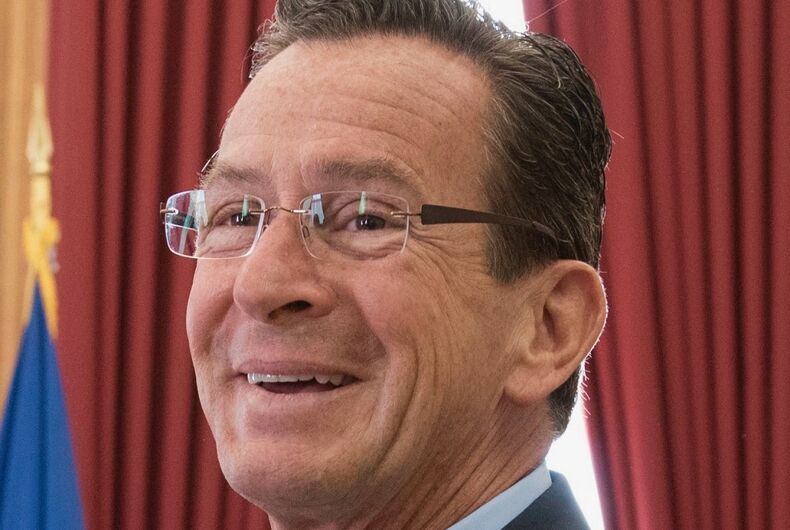 There are 18 Republicans and 18 Democrats in the Connecticut Senate. One Democrat recused herself from the vote, citing a personal issue between her and McDonald, and one Democrat crossed party lines and voted with Republicans. All the Republicans voted against McDonald, so his nomination was rejected 19-16.

The governor wasn’t the only elected official who thought Republicans were being homophobic. State Senator Beth Bye, who is the only LGBT member of the state senate, said that Republicans’ opposition to McDonald was unprecedented.

“Forgive my skepticism that this has nothing to do with Justice McDonald being gay,” she said. “I am so sorry for my good friend, Andrew, that he has had to go through this very different and very unusual confirmation process.”

McDonald – a former state senator and current associate justice on the Connecticut Supreme Court – said that the rejection was a “setback” for LGBT people.

“To the LGBT community, particularly its youth who I know have been closely watching this process, I want you to understand that every minority group in history has faced setbacks,” he said in a statement. “In the fullness of time, those setbacks usually end up becoming a source of strength.”

The senate debate itself focused on several decisions McDonald made that Republicans didn’t like, including one where he applied the state’s 2012 death penalty ban to people who were currently on death row.

Republicans said that this was evidence of “judicial activism.”

“This is not about Justice McDonald’s personal views on how he wants to run his personal life,” said State Senator John Kissel (R). “The story is about a handful of judicial cases. We don’t want an activist chief justice driving this branch of government. It’s a dyed-in-the-wool Democratic background that Justice McDonald has.”

Democrats, though, said that rejecting a qualified nominee because of the policy results of their decisions is the real politicization of the judiciary.

“The bridge is finally connected between Washington Republicans and Connecticut Republicans based on all 18 state Senate Republicans all voting no on a qualified candidate. It’s totally unprecedented,” said Senate Majority Leader Bob Duff (D).

“The process has gone down a path we have never traveled before and once we cross the bridge, I fear we can never turn around,” he added.

State Senator Joan Hartley was the only Democrat to vote against McDonald. She is a death penalty supporter and said that she “will vote [her] conscience.”

The CT Mirror said that the vote is another sign that Republicans will be using a “God, guns and gays” strategy in the election this fall.

Here are the transgender people murdered in 2018