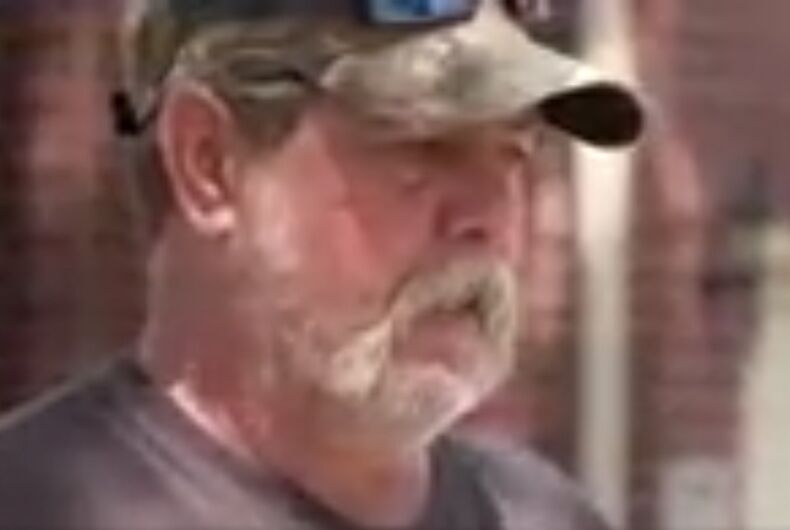 At a school board meeting last week, a man who was bullied in school finally got a chance to confront the man who made his life hell.

Greg Barrett went to the Katy Independent School District’s board meeting last Monday to tell the board to do more to address bullying.

For Barrett, it’s personal: he was horrifically bullied when he went to school in that district because his legal name is Greg Gay.

He talked about how he was bullied by everyone in middle school – the other students, the teachers, the coaches. It was relentless and he had no one to turn to.

One day, someone grabbed him in the bathroom and shoved his head into a urinal. He suffered a laceration to the lip. He was then stuck on the ground in the fetal position while other kids kicked him.

When he could get up, he washed his face and went to the principal’s office. The principal told him, “These kids will grow up some day,” and sent him home.

When he got home, he took out his father’s handgun and put it in his mouth and almost killed himself.

“At this point I had nobody, nobody in the school system to help me,” Barrett said.

Then came the punchline to his story: the bully was Katy ISD Superintendent Lance Hindt. When Barrett said that Hindt was the person who shoved his head in a urinal, Hindt started laughing.

“I was really proud of him. It takes a lot of guts to do something like that, especially when you’ve been bullied as a child,” said Christopher Dolan, who attended middle school with Hindt and Gay.

“I do remember, recall, one incident that happened where Lance Hindt took Greg into a bathroom. He was in the bathroom and put his head, into uh, into a urinal,” Dolan told KTRK.

Barrett said that he came forward with his story because he wants schools to address bullying.

“He needs to just own it, and let’s move forward with this and fix the problem because there is a problem,” Barrett said.

In a statement, Hindt denied attacking Barrett despite the other witness.

Aaron Carter goes back in the closet, says he was ‘misconstrued’ over coming out as bi