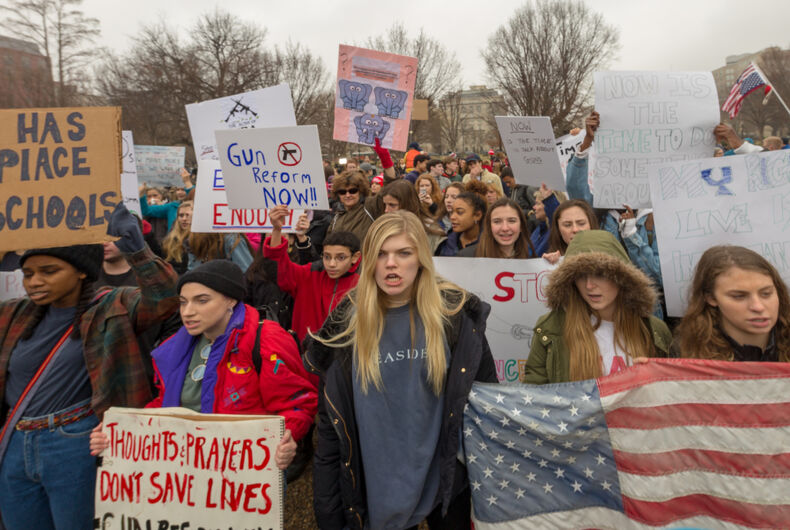 Rideshare giant Lyft just announced that they will give free rides to March For Our Lives rallies nationwide. The rallies, behind held in cities across the country, are being organized by the surviving high school students at Parkland, Florida’s Marjory Stoneman Douglas High School.

The shooting was the 18th mass school shooting; there have been others since.

“We believe there is something seriously wrong when the threat of gun violence is so frequent and real throughout our country. And, like many, we are inspired by your leadership,” the company wrote in a letter sent to Cameron Kasky, one of the student leaders of the march.

“We’d be honored to support your work with free Lyft rides to March For Our Lives rallies across the country on March 24.”

The students have also targeted the powerful National Rifle Association, a lobbying group for gun manufacturers and sellers with enormous influence in Congress that masquerades as an advocate for gun owners and sportsmen.

Companies have been distancing themselves from the NRA, ending discounts or special offers to the group’s members. The NRA shot back at the fleeing companies, saying “Some corporations have decided to punish NRA membership in a shameful display of political and civic cowardice.”

Lyft, however, is taking a step forward on behalf of gun reform and boldly proclaiming with the thousands of participants that preventing the nonstop gun violence is more important than the interests of gun manufacturers.

Trump administration sued for release of documents on anti-LGBT actions