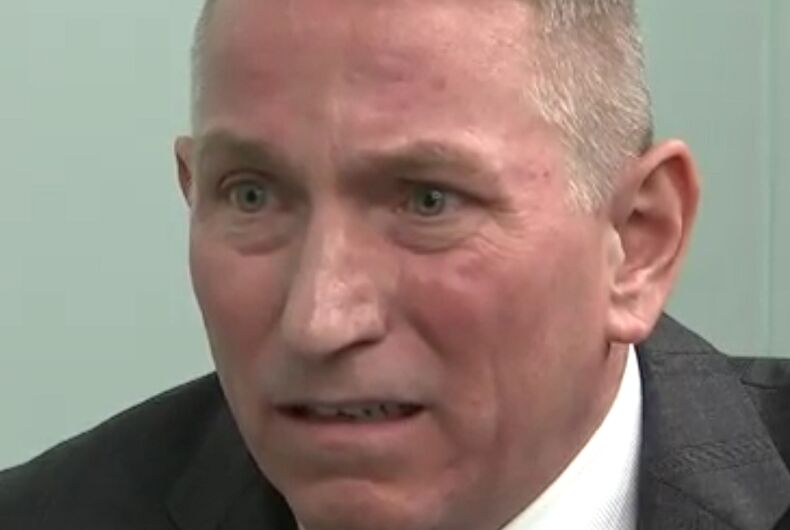 Chicago attorney Tim Jon Semmerling is suing his colleagues for outing him to his client and saying that he was trying to hook up with him.

Semmerling had a PhD. in Near Eastern Languages and Cultures before going to law school. After graduating, his knowledge of Muslim cultures led him to defend people held in extrajudicial detention at Guantanamo Bay.

“I wanted to be a part of making a difference,” he said.

One of his clients was Attash, who was captured in 2003 in Karachi, Afghanistan, and who confessed to knowing other terrorists after being tortured by the CIA. While he is accused of plotting the 2000 bombing of the U.S.S. Cole, he was formally charged with training several of the 9/11 hijackers. He is currently being held in Guantanamo Bay.

Semmerling said that he didn’t talk about his sexual orientation with Attash because of his potentially homophobic reaction. The CIA warned him not to come out to anyone at Guantanamo Bay.

But one of his colleagues outed him to Attash and said that he wanted to have sex with the accused terrorist, according to his lawsuit, which Semmerling called “absurd.”

“How would that even be possible? If you meet with somebody down there, constantly around with cameras,” he said. “I remember being in one, and the minute I took my shoe off, because my shoe was bothering me that day, and within a minute they had a guard in there telling me to put my shoes back on. So it couldn’t even possibly happen. So that’s what so absurd about it.”

“The concept of Dr. Semmerling hitting on one of his clients is so absurd to me it’s difficult to speak to,” his lawyer said.

One of the defendants in Semmerling’s suit is lawyer Cheryl Bormann. Court documents show that she is arguing that she is immune to liability from her statements because she made them in the context of providing counsel to a client.

Semmerling said that Attash preferred his work to his colleagues’, so they tried to take him down. “So they looked for a scapegoat, They found a homosexual bogeyman to do it to. And that’s where we’re at.”

“They have hurt my career, these people,” he said. “They have made sure that I could never go back, by outing me, to Guantanamo Bay to work with any of the people there.”

The U.S. Attorney’s office is also named as a defendant in the suit. They have not commented on it.

8 amazingly queer moments from the Oscars