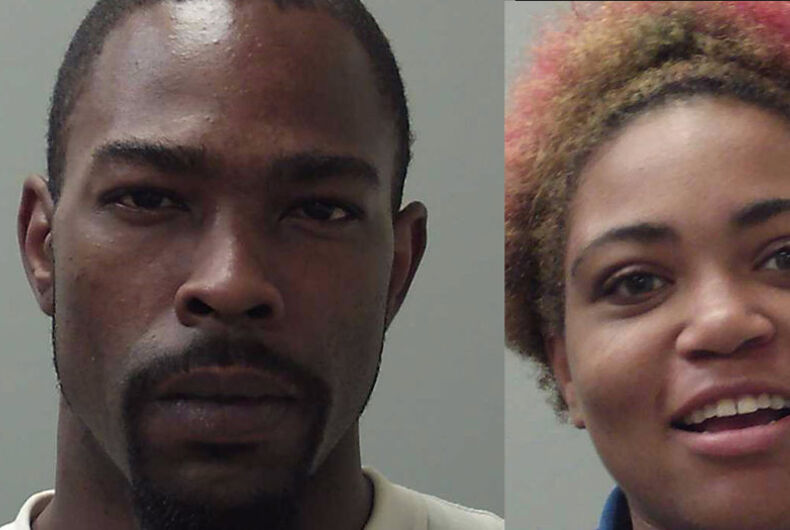 A jury found Sean Cole and his girlfriend Khadeijah Moore guilty on several counts stemming from the sexual assault of Cole's sonPhoto: Supplied

A man who had his girlfriend rape his then-11 year-old autistic son because he thought the child might be gay is facing life in prison.

On Tuesday, a Madison County jury convicted Cole and his girlfriend, Khadeijah Moore, who is currently a fugitive, of rape, sodomy, and sexual abuse of a child younger than 12, reports AL.com.

The assault happened over Thanksgiving week in 2016, when Cole’s son was in Huntsville visiting him, according to Madison County Assistant District Attorney Tim Douthit. His mother, who lives in Georgia, became suspicious when the boy began asking questions about sex and went to the police after the child told her what had happened at his father’s home.

“It was solely that (Cole) was worried that his son was gay or might become gay,” Douthit said. “There was no evidence he had a sexual attraction to his son or children. He just though he could, for lack of better words, ‘straighten him out.'”

“I have been prosecuting child sex crimes for a long time now, and this is the first time I’ve ran into anything like this,” he added.

The child, who is now 13, is reportedly doing well now, except he still thinks he is to blame for the incident.

Douthit said the victim told a forensic investigator that during the assault he was confused as to why his father was treating him in that manner, and showed remorse for telling anyone what happened.