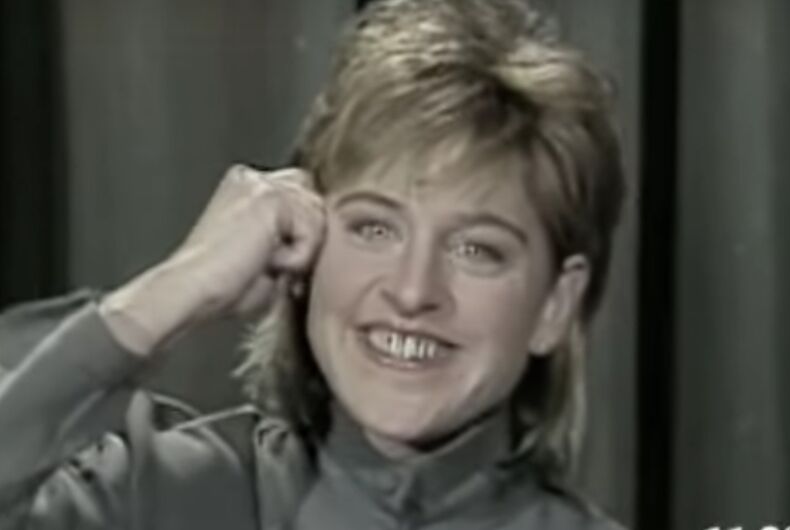 Ellen recently sat down with Dax Shepard for his podcast Armchair Expert, and she talked about the death of her girlfriend when she was just 20.

Ellen got into stand-up comedy in the early 1980’s, and in 1986 she was invited to The Tonight Show Starring Johnny Carson.

Johnny Carson would regularly feature stand-up comedians on his show, and, if he liked their bit, he would invite them to the couch for an interview, which could really help a young comedian’s career.

In her first appearance on The Tonight Show, Ellen performed her legendary “Phone Call to God” routine and became the first woman stand-up comedian invited to the couch.

Shepard asked Ellen what inspired that bit. It turns out it was a process that started with tragedy.

When Ellen was about 20 and before she got into comedy, her then-girlfriend died in a car accident and Ellen lost the apartment they were sharing in New Orleans. She moved into a basement that was “infested with fleas” and started writing to give voice to her emotions.

She thought, “Why is this beautiful, 21-year-old girl just gone and fleas are here? And I just thought it would be amazing if we could pick up the phone and call up God and ask questions and actually get an answer.”