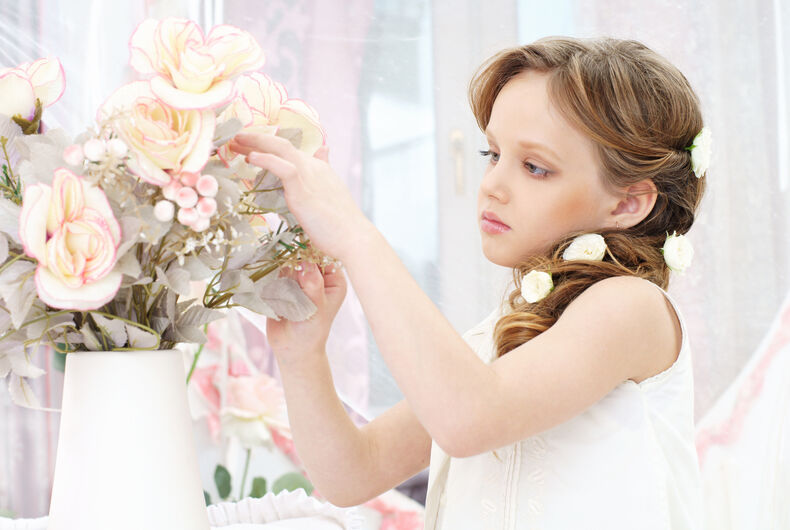 Groups like the Kentucky Family Foundation have been fighting the scourge of marriage equality for same-sex couples for years now. Now they’re fighting a different battle; they’re determined to allow 50-year-old men to marry 13-year-old girls.

Even more shocking? They’re winning the battle according to Kentucky Republican state representative Julie Raque Adams, the sponsor of a bill to raise the legal age to marry in the state. Kentucky has the third highest rate of child marriages in the nation.

“It is disgusting that lobbying organizations would embrace kids marrying adults. We see evidence of parents who are addicted, abusive, neglectful pushing their children into predatory arms. Appalling,” Adams said in a tweet after the bill was yanked hours before a crucial vote. It was the second time the bill had been pulled.

Current law allows 16 and 17-year-olds to marry with their parents’ permission. Pregnant teens under the age of 16 can get married with a judge’s permission, despite the obvious proof that the girl has been sexually abused by the adult.

A proposed new law would update the state’s marriage laws to set 18 as the age to be married. 17-year-olds would be able to get married with a judge’s permission if the two would-be spouses are within four years of age.

“This is legalized rape of children,” she said. “We cannot allow that to continue in Kentucky, and I cannot believe we are even debating this is the year 2018 in the United States,” Eileen Recktenwald, the executive director of the Kentucky Association of Sexual Assault Programs, told USA Today.

While Adams wouldn’t divulge who the group lobbying for child rape is, advocate Donna Pollard told the Courier Journal that it is the Kentucky Family Foundation. The group refused to comment on the allegation.

Lawmakers also won’t confirm the conservative “family values” organization is behind the pushback, saying instead that they are concerned that a judge will decide the fate of the marriage instead of the child’s parent.

The group, however, has now admitted they are behind the consistent delays in passing the legislation.

State senator John Schickel, a Republican, is one of those using the pitiful excuse to continue allowing child sexual assault.

“I had some problems with the bill,” he said. “Decisions involving a minor child should be made by a parent, not the court.”

This lawyer was accused of lusting after an al Qaeda terrorist. Now he’s suing.

Should we add a black stripe to the pride flag to recognize queer goths?