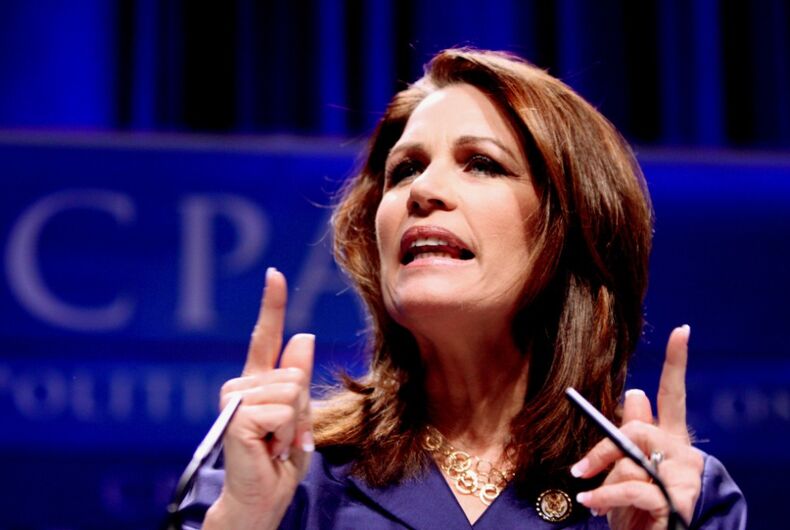 Michele Bachmann asked God if she should run for Senate. He stayed quiet, so she’s out.

“It became very clear to me that I wasn’t hearing any call from God to do this,” Bachmann told radio host Jan Markell, of Olive Tree Ministries.

Minnesota Public Radio confirmed the news, with the delicious headline, “Michele Bachmann: No sign from God so no run for Senate.”

Bachmann was considering running for the seat left vacant by Al Franken, who resigned following allegations of sexual misconduct.

Last month, Bachmann revealed to televangelist Jim Bakker that she was asking God whether she should run.

“I fulfilled the calling that God gave me,” Bachmann told Bakker, referring to her unsuccessful 2012 presidential run. “So the question is, am I being called to do this now? I don’t know.”

A satire website and social media juggernaut “God” answered her call, with help from crowdfunding, and placed a billboard in St. Paul, Minnesota urging her not to run.

Minnesota Lieutenant Governor Tina Smith, a member of the Minnesota Democratic–Farmer–Labor Party, an affiliate of the Democratic Party, took Franken’s seat and is planning to run.