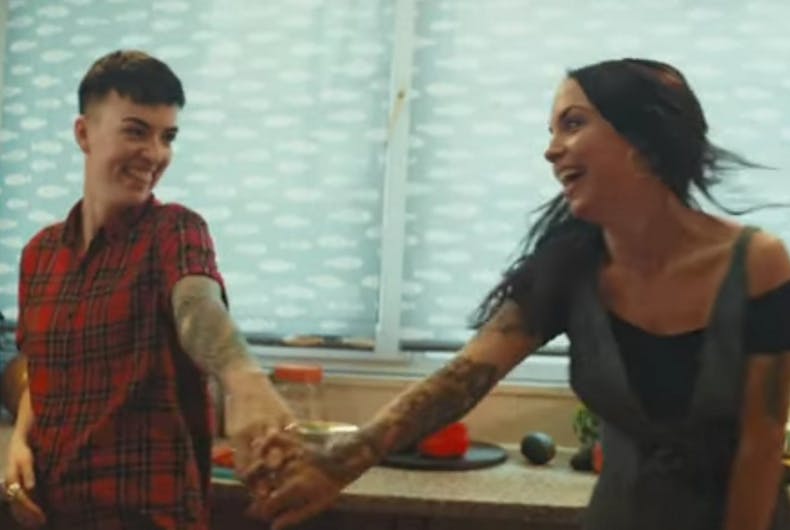 Last September, conservatives were outraged that a gay couple appeared in an ad for McCain, a brand of frozen potato products.

“We are shocked this kind of attitude exists in the 21st century,” one of the men said. “We’re proud of our little family and we have nothing to be ashamed of.”

And a new ad features a lesbian couple.

The ad opens with “When it comes to love, what’s normal? Normal isn’t normal.” It then shows different families. When a lesbian couple is shown, the voice over says, “Love doesn’t care about gender.”

‘Charmed’ reboot will feature a lesbian witch in the new trio

A trans woman was shot to death in Jacksonville, Florida