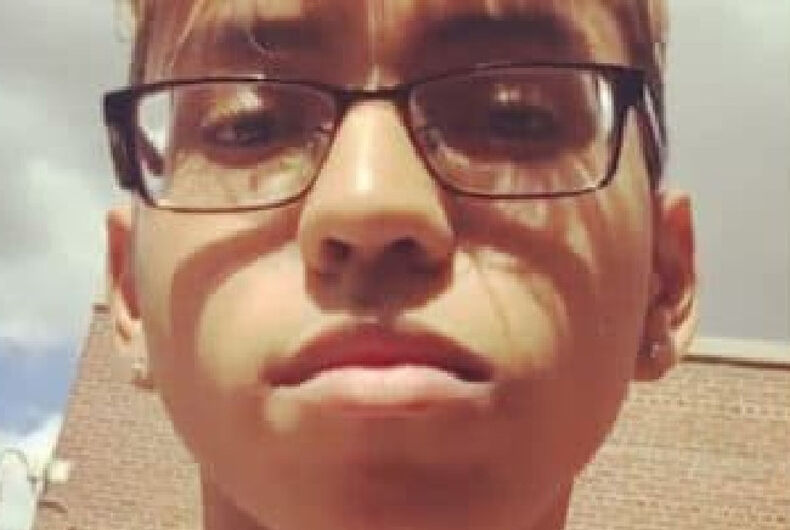 Lawyers for an 18 year-old who stands accused of stabbing two of his classmates, one of whom died, have said a recently released video of the incident proves their client acted in self-defense.

Abel Cedeno can be seen in the brief nine-second video being attacked by a mob of students inside the Urban Assembly School for Wildlife Conservation last September.

While the footage is lacking in quality, Cedeno can be seen fighting back against his attackers. The incident ended in the stabbing of Matthew McCree, 15, who died as a result of his injuries, and Ariane LaBoy, 16, who survived.

Cedeno’s lawyers, Robert Feldman and Christopher Lynn, also questioned why the Bronx DA’s office didn’t turn over the “exculpatory” tape sooner, nothing that prosecutors have had it for months.

“We are confident that the Bronx County DA Darcel Clark will dismiss the case if she bothers to study the tape,” Feldman said. “Upon information and belief she is, at the least, gay friendly.”

“The killer’s lawyer is misrepresenting the video. This video clip shows the hero, an unarmed Ariane LaBoy bravely trying to stop the coldblooded killer from plunging a knife into his unarmed defenseless friend and the rest of his classmates,” Laboy’s lawyer, Matthew Blit, told The New York Post. “If Ariane did not step in, there would have been other victims.”

A history of bullying?

His family and friends have reported that Cedeno was “relentlessly” bullied over his sexual orientation.

“Those two kids in the class, they hit him,” said family friend Iris Couvertier. “He said that they hit him in the face. He said it’s because he’s gay or bisexual.”

Chief of Detectives Robert Boyce said that Cedeno talked about being bullied by other students, “but not with these two individuals.”

The video follows. A warning: It may be disturbing to some viewers. Cedeno is the one wearing a pink shirt.

God told Michele Bachmann not to run for Senate, but he told a gay man ‘yes’ apparently