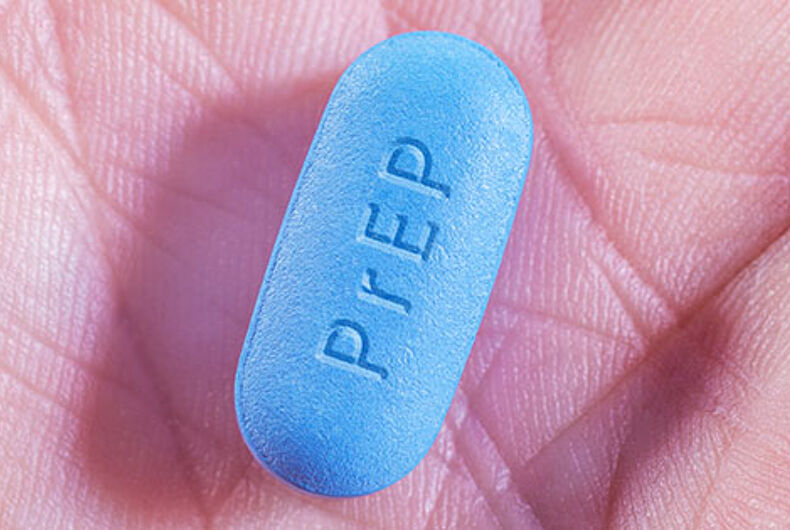 As a doctor, Philip Cheng is well aware of the importance of preventive treatment. That’s why Cheng turned to Truvada to prevent an HIV infection after he accidently cut himself when preparing an HIV-positive patient for surgery.

Then Cheng took the next logical preventive step: as a gay man, he decided to remain on PrEP to reduce his chances of infection from a sexual partner.

So how did his insurance company take to his prudence? It would only let him have disability insurance for five years, instead of for his lifetime. Even though he offered the insurance company a waiver in case he got HIV, the only way that Cheng could get lifetime insurance was to stop PrEP.

Cheng’s case is unique to young doctors, who seek lifetime disability insurance to protect them from loss of their incomes should they become too sick to work. But it’s not that unique for gay men. Brokers report that men on PrEP seeking disability, long-term care and life insurance are routinely denied coverage.

“It’s like refusing to insure someone because they use seatbelts,” Dr. Robert Grant, an AIDS researcher at the University of California, San Francisco, told The New York Times. Grant led the clinical trial that proved the value of PrEP.

The insurance denials expose the upside-down logic that often governs insurance. While Cheng and gay men like him should be applauded for protecting themselves, to the insurance company that very decision identifies them as high-risk. That reasoning fails to recognize PrEP as an effective preventive treatment.

The policy has an outsized impact on gay men, proving that HIV discrimination is not quite a thing of the past. In a case winding its way through the courts, an unnamed gay man is suing Mutual of Omaha for refusing him coverage because he was on PrEP.

The insurance company’s defense is because “the drug is less than 100 percent effective [it] adds yet another layer to the risk profile.” (It should be noted that no treatment is 100 percent effective.) Meanwhile, the company has no problem insuring people with a range of other diseases whose condition is controlled by medication and includes birth control pills – probably the best known preventative medication.

In fairness, some health plans have no problem with PrEP. The San Francisco AIDS Foundation is seeking a meeting with the California insurance commissioner to see if something can be done to force those that do recognize PrEP as a good idea, not a bad behavior. In the meantime, however, the insurance companies are free to do as they please, even if it means making people choose coverage over prevention.

Pastor caught in a car with a tied-up, naked man claims he was administering ‘counseling’