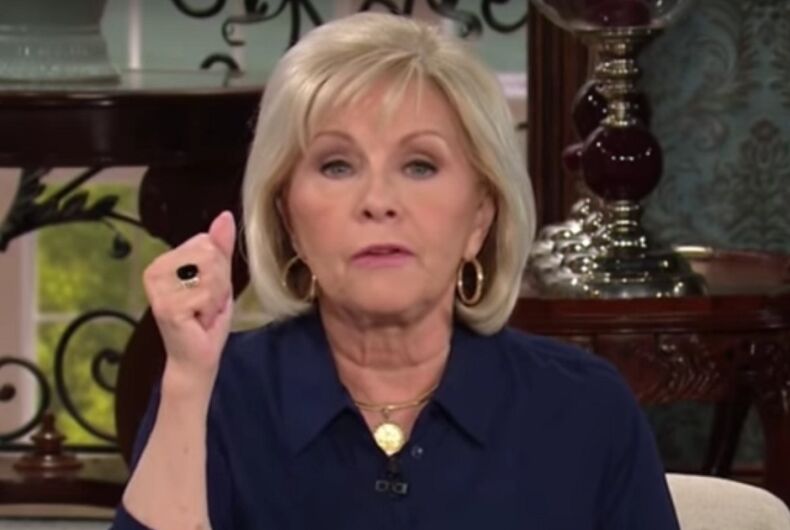 Texas televangelist Gloria Copeland went on a rant against vaccines, specifically the flu shot, on a video posted to Facebook.

Copeland opened by saying, “Listen partners, we don’t have a flu season.”

“We’ve already had our shot,” she said. She clarified that she was referring to Jesus, not an actual inoculation: “He bore our sicknesses and carried our diseases.”

She then prayed for people that have “symptoms of flu” to be healed before going into a longer rant about the flu shot.

“Jesus himself gave us the flu shot,” she said as she explained that people have “already” been healed. “He redeemed us from the curse of flu.”

This is not the first time that Gloria and her husband Kenneth Copeland have dispensed anti-medicine advice. In 2013, an outbreak of the measles – which was almost eliminated in the U.S. years ago – was connected to the Copelands’ Eagle Mountain International Church in Texas. Over twenty people caught the disease, and many of them were not vaccinated after receiving what doctors called “bad information” about vaccines at the church.

In 2015, they were criticized by John Oliver on Last Week Tonight for their luxurious, tax-exempt lifestyle.

This Republican’s ad is absurdly hateful against everyone

Anthony Rapp: ‘I was trying to protect people’ with the Kevin Spacey allegations