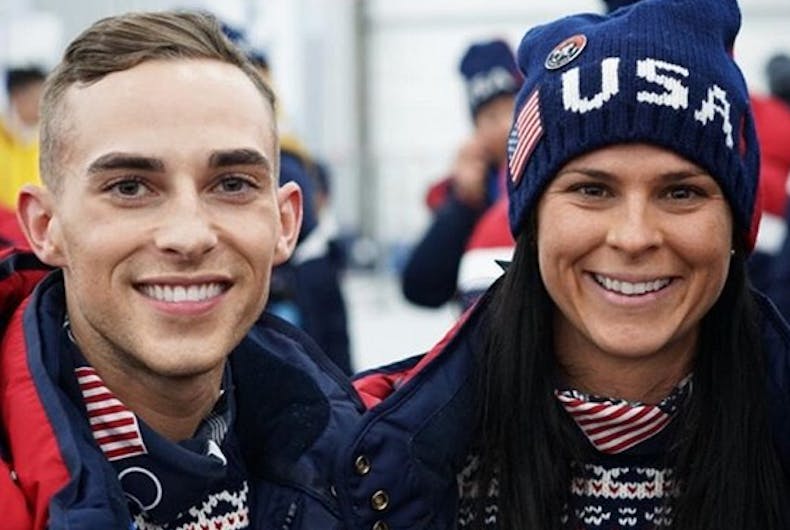 Out Olympic figure skater Adam Rippon may have been dubbed “America’s Sweetheart” by the press and gay men nationwide have swooned over skier Gus Kenworthy, but they seem to have forgotten the third out Olympian – lesbian Brittany Bowe.

The speed skater won a bronze medal yesterday in the team competition. Bowe picked up her first Olympic medal as Team USA worked hard to scrape past Canada to take third place in the team speed skating competition.

Bowe and her teammates, Heather Bergsma, Mia Manganello and Carlijn Schoutens, are the first American women to pick up a medal in the sport since 2002.

Bowe just missed scoring a bronze medal of her own in the women’s 500-meter competition a few days ago. She was two-tenths of a second behind Austria’s Vanessa Herzog.

Rippon also takes home a bronze medal in the men’s freestyle part of the team figure skating event. Kenworthy, who broke his thumb during practice, did not score a medal this year; he was a silver medalist at the 2014 Winter Olympics in Sochi shortly before he came out in an interview with ESPN The Magazine.