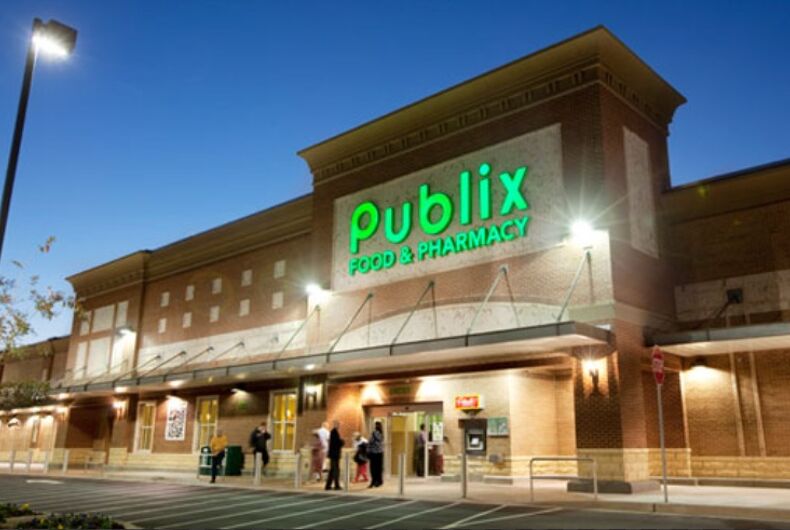 Publix has refused to provide HIV prevention medication to its employees through its insurance plan.

An employee for the grocery store chain was denied access to the medication PrEP (pre-exposure prophylaxis), The Body reports. The once-daily pill which is over 90 percent effective in preventing the spread of the virus through sex.

The employee reportedly made multiple appeals, all of them denied. The insurance company made clear that it was because Publix did not want to offer the medication.

David Holland, director of the Fulton County PrEP Clinic in Atlanta, said he tried to get the employee access to PrEP with no luck, the first time he has come up against such an issue.

“We’ve started over 400 people on PrEP at our clinic alone, and this is the only person that we weren’t able to get PrEP for,” he said.

Publix failed to offer substantive answers to why it blocked access to PrEP, and advocates have noted that cost is an unlikely motivation. Few employees would be likely to request the medication, it is thought, and the cost of treatment for an employee who contracts HIV would far exceed the cost of preventing it with PrEP.

Its political action committee has donated heavily to Republican candidates, as has CEO Todd Jones.

The company has a zero rating from the Human Rights Campaign, as it has failed to take part in the organization’s Corporate Equality Index survey.

There have also been a number of employees over the years who have complained of anti-LGBTQ discrimination.

“I’m not sure it’s legally actionable, but that doesn’t mean it’s not reprehensible,” Anne Tucker, associate professor at the Georgia State University College of Law, said of the company’s decision to deny to cover PrEP.