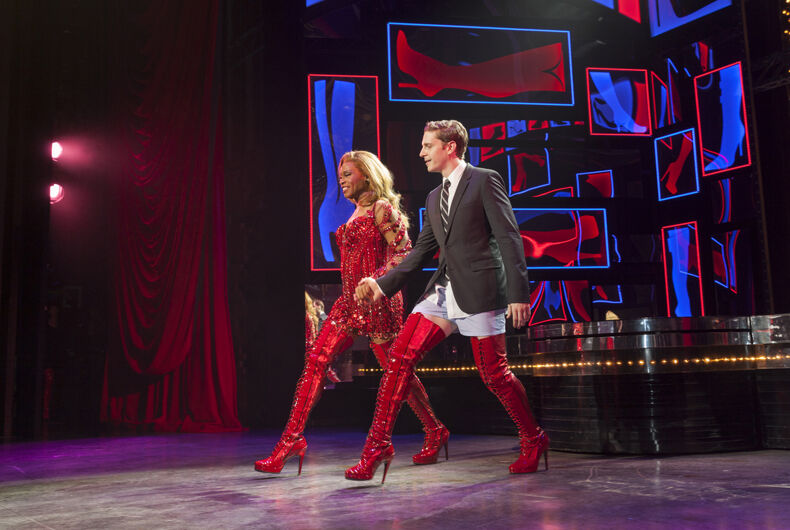 APRIL 06, 2014: Billy Porter and Andy Kelso take a bow on stage during the curtain call at the anniversary celebration of the musical Kinky Boots on Broadway at The Hirschfeld TheatrePhoto: lev radin / Shutterstock

Orchestrator Stephen Oremus, who won a Tony Award for his work on the hit musical Kinky Boots, shared a letter the cast received from a grateful mother and it is truly inspiring. Oremus posted the letter on his Instagram account.

The mom tells the cast about her cautious trip to see the musical with her 10 year-old daughter and her worries about whether or not it was appropriate for her age. As she quickly found out, the show is quite suitable – and needed – for audiences of all ages.

“In a world where kids are bullied every day, the message of your show is to celebrate what makes us different and unique. I cannot imagine a better message to send to my daughter than one of acceptance and tolerance.”

Read the entire letter below and then pull on your boots, wipe your eyes, and get to work. It’s children like her young daughter that will carry the torch forward. We gotta raise them up.

This letter is so beautiful and a powerful reminder of the power of theatre. @kinkybootsbway- Raising You Up since 2013. ❤️