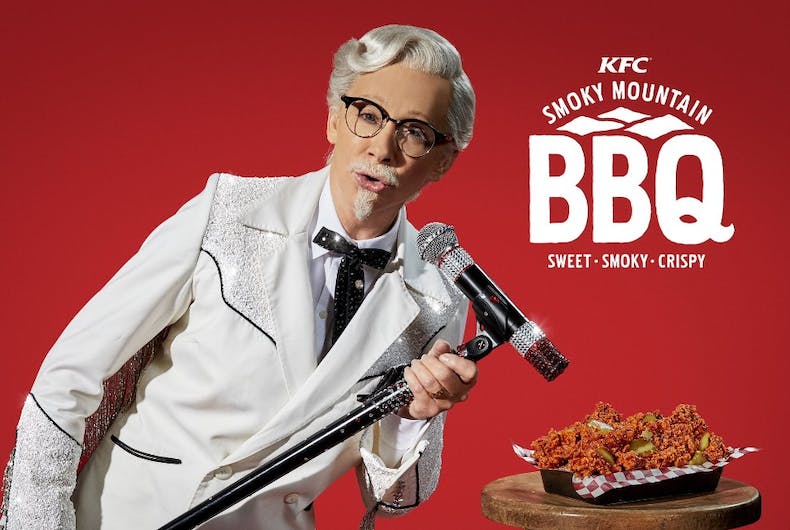 Reba McEntire has recorded 29 studio albums, had 40 number one hit singles, acted on Broadway, and starred in a hit sitcom.

Now the country diva appears in drag as the Colonel himself in a KFC ad. Is there anything she can’t do?

Of course, some people aren’t having it.

The video has more dislikes than likes on YouTube, which is pretty unusual. The comments are also pretty nasty. Here are a couple of the most up-voted comments at the moment:

Why do Jews and gays always destroy classics?﻿

Why do they switch genders on everything now. Colonel was a guy in real life so it should always be one﻿

Since someone already brought anti-semitism into the discussion, why not some racism too? Who cares if it makes sense.

They think they r catering to the black community but that community is waking up & seeing they have been played 4 yrs. now they really have a chance to upgrade their communities!

It used to be that cisgender performers could cross-dress for an ad or an act without generating outrage. But now a very mainstream country singer putting on a fake mustache is enough to make them think that the world is ending.

The constant outrage in rightwing media like Fox News and talk radio has put them on a hair trigger.

I guess they’ll stick to Chick-fil-a.