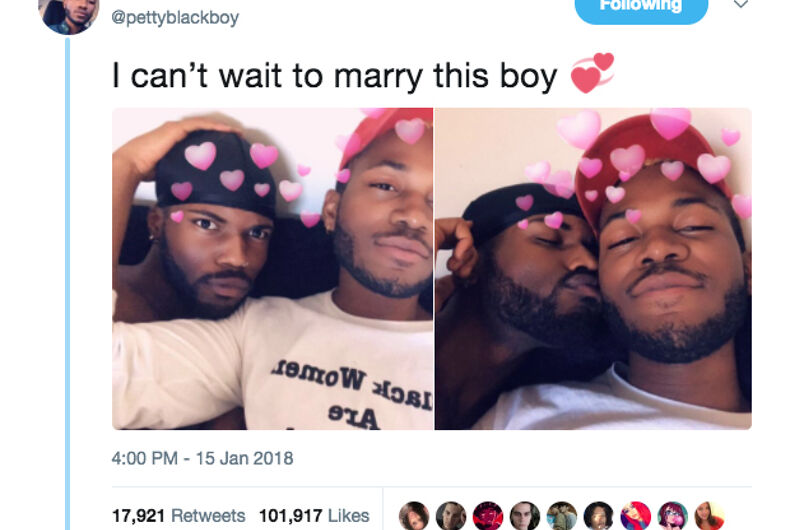 Stunning news out of Baltimore: it turns out boys will be boys.

Noted community activist Shahem McLaurin caused a firestorm on Twitter this week when he posted a picture of himself kissing his longtime boyfriend, Quincy. He captioned the photo with the phrase “I can’t wait to marry this boy.”

Though the tweet received a good amount of support and congratulations from followers, predictably, it also invited a good deal of backlash.

madness at its peak

Shit like this lets me know the end of the world is near, Earth must be destroyed and rebuilt, ain't no coming back for humanity

Shahem and Quincy, for their parts, didn’t let the negative reaction phase them. Quincy tweeted another photo of the two not long after, captioning it with “hurry up!”

Fortunately the negative backlash on Twitter has generated enough attention that McLauren hopes to net an uptick in donations. If nothing else, he also hopes to “piss a homophobe off.”

Either way, what fun.