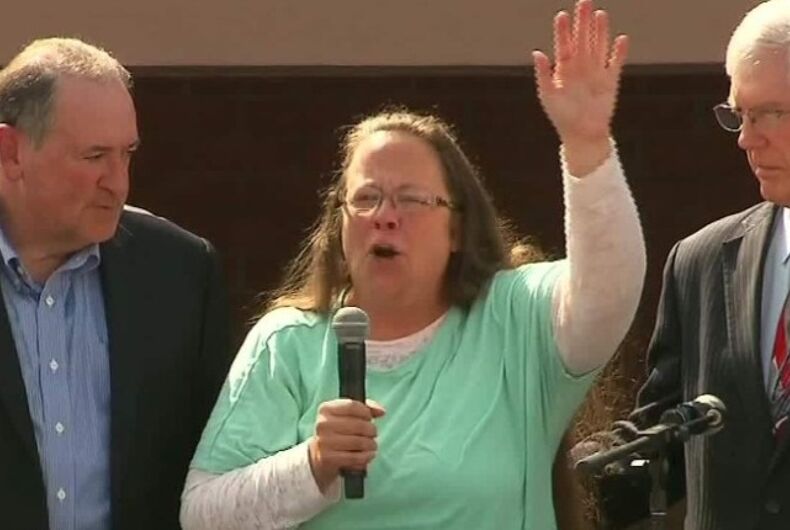 Kim Davis at a press conference following her release from jail.Photo: Screenshot

Kim Davis, the Kentucky magistrate who launched to ignoble infamy when she refused to grant marriage licenses to same-sex couples in 2015, citing her religious beliefs, has filed for re-election.

The Associated Press reported on Monday that Davis filed last week, according to documents on the Secretary of State’s website. She announced her plans to run for re-election back in November.

Davis spent five days in jail for her refusal to do her job. The state later changed the law to remove clerks’ names from the licenses.

Four Democrats have filed for the seat as well, including David Ermold, who was denied a marriage license, along with his now-husband David Moore.

Ermold said that he “cannot sit by and just let her take that seat without a fight.”

Davis was invited to Trump’s first State of the Union last year, by Ohio Rep. Jim Jordan, and she visited Romania with far-right group Liberty Counsel to advocate for anti-LGBTQ laws.