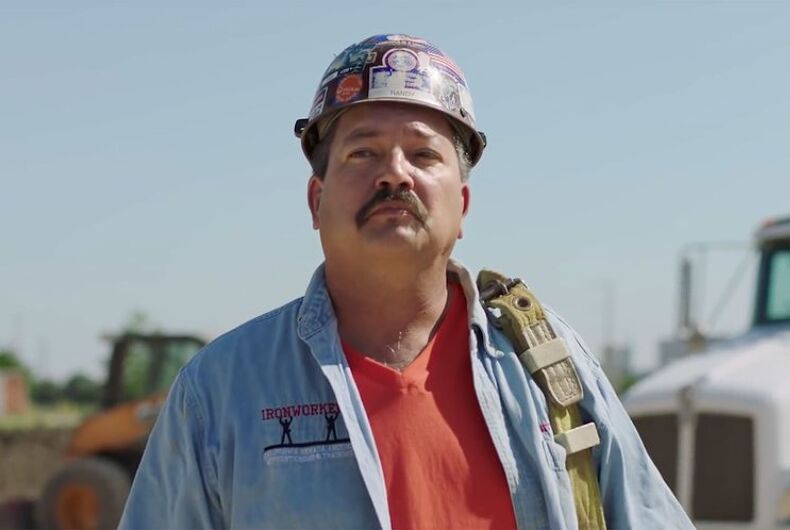 Randy Bryce is challenging House Speaker Paul Ryan in Wisconsin and will see him in D.C. tonight.Photo: Publicity photo

The Wisconsin congressman will sit beside Democrat Randy Bryce, who is challenging Ryan for his House seat in the state.

Pocan and Bryce decided it would be the perfect way to show that Ryan has been absent in Wisconsin, avoiding public events and not holding town hall events. Pocan has been holding some himself, also to draw attention to the fact that if you want to see Speaker Ryan you’re probably going to have to make a trip to D.C.

Wisconsin Republican Rep. Jim Sensenbrenner called the invitation “disrespectful and out of bounds,” which Bryce has laughed off.

“Let me be a reminder of the district that he has decided not to represent for the last couple of years,” Bryce told Politico. “I’m not coming here to do anything disruptive. I’m coming here to go back to the 1st district and let them know what’s going on, because Paul Ryan won’t do that.”

Bryce wants the attention to be on Ryan standing behind Trump, applauding along to whatever he says.

“Paul Ryan is literally going to have Donald Trump’s back — which is pretty much the way it’s been going for this past year,” he said.

He is also releasing a new campaign ad, set to air on MSNBC during coverage of the State of the Union, going after Ryan for working with Trump on the tax reform that was a handout to the uber rich.

Bryce has said he is “absolutely” a supporter of LGBTQ rights, whereas Ryan has a record of voting against us.

He is also helping to prop up an administration that has been launching a steady attack on the LGBTQ community since getting into office.