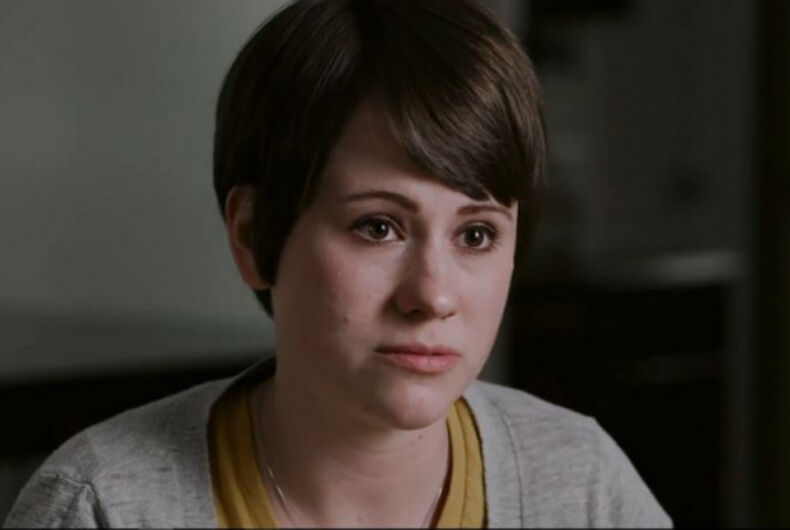 A video about a woman who claims to have left the lesbian “lifestyle” went viral on Facebook, with almost two million views at the moment.

Anchored North, a far-right organization that makes videos to reach millennials on social media, posted a video from Emily Thomes.

In the video, Thomes describes how she met her first girlfriend at 15 and came out. She describes that period in her life as “wild” and said that she dated many women.

At 22, she went to a Bible study group and started reading the homophobic passages of the Bible. “It scared me. Really, really bad,” Thomes said.

That’s when she stopped dating women. The video shows her holding hands with a young man, presumably a boyfriend.

Thomes does not say that she is now straight. “It’s not gay to straight. It’s lost to saved.”

“You’re not born with right affections. That’s why Jesus had to come,” she said.

Even though the American Psychological Association has opposed conversion therapy for over two decades, ex-gay ideology is not going away.

The Catholic Church’s position on homosexuality is that gay people should be celibate, and the Mormon Church created a website in 2016 with videos of people who say that “feelings of same-sex attraction are not what define [them] as a person.”

While it’s becoming more difficult to convince people that they can change their sexual orientation, we still live in a homophobic culture where many straight people don’t want to see us as an oppressed minority and LGBTQ people are bullied into denying who they are.