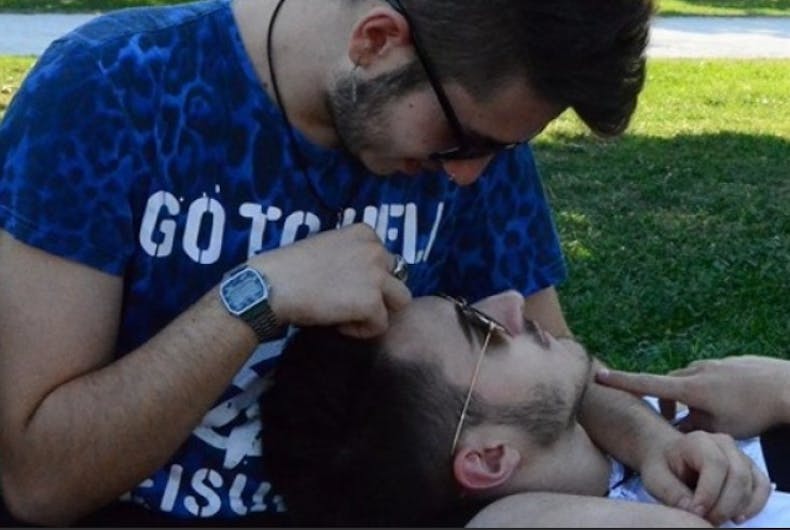 A gay couple that passed away this week will be remembered at a joint, Catholic funeral.

Students Alex Ferrari and Luca Bortolaso, 21, died because of carbon monoxide poisoning. Their wood heater was defective and released the gas into the room. Two other students in the same apartment were fine since they were sleeping in a room with an electric heater.

Both of their families requested that they have a joint funeral. Luca’s home diocese of Bagnolo di Lonigo and Alex’s diocese of San Bortolo di Arzignano agreed.

A spokesperson for the bishop of Vicenza said, “The choice of celebrating the funerals of Alex and Luke together responds to their families’ request.”

This might seem like a recognition of a same-sex relationship, and the Catholic Church condemns homosexuality. But the bishop refused to comment on that. “In the aftermath of the death of two young people, every other comment seems inappropriate.”

A Bagnolo parish priest, though, disagreed. Even though he admitted he never met the couple, Don Roberto Castegnaro said that they did not “exhibit homosexuality.” “We certainly do not consider them to be public sinners,” he said.

Luca’s mother said that she wanted their funerals to be together because Luca and Alex were engaged. “They were engaged… And they will be forever. My son has never hidden himself.”