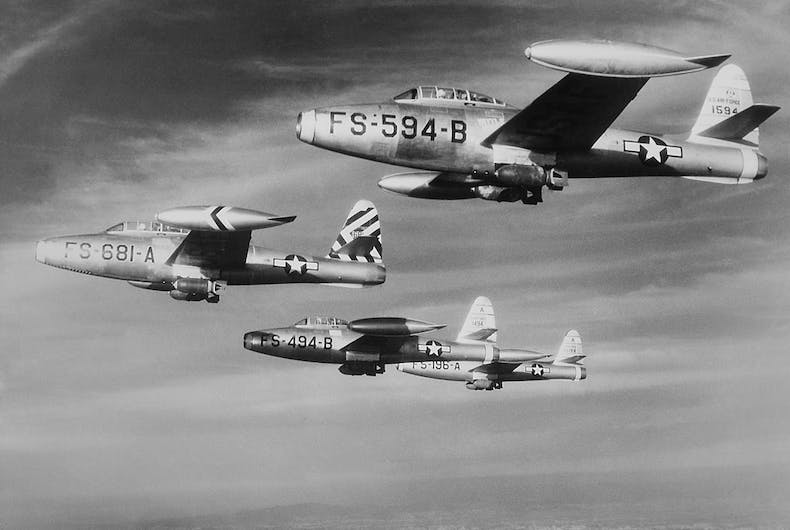 In 1955, Airman Second Class Helen Grace James had a promising career in the military. She was good at her job – a crew chief seeking a commission – and she loved the life the military offered.

That was until she was arrested on suspicion of being a lesbian.

One Friday night, she and another female service member drove to a quiet spot in a wooded area to eat sandwiches they bought in a nearby town. After she turned off the engine, a flashlight shined into the car.

They had been followed by the Air Police. “They asked us what we were doing,” James said.

She was interrogated for hours over the next several days, an experience she said was so humiliating it made her physically sick.

“When they threatened to go to my parents, I just said that was it,” she said. She signed her discharge to end the interrogation.

Even after getting an undesirable discharge, she had to wait two weeks on the base and everyone knew why she was leaving. One day, someone cut the buttons off her uniform. “That’s how they disgrace you, so you can’t wear your uniform, so you can’t belong to the United States military,” she said.

James was raised on a farm in Pennsylvania. While she didn’t have the words to describe her sexuality, she knew that she was different from a young age.

“They’d buy me dolls and stuff for Christmas, and I’d give them to my sister,” she told the Washington Post, saying that she wanted to play with trucks and play sports.

“I didn’t even know what a lesbian was. I didn’t know that term until later. You just didn’t talk about it.”

She got a college degree and, after a few years as a teacher, she signed up for the military.

The government was particularly paranoid about LGBT people in the military and federal bureaucracy at this time. In what later became known as the Lavender Scare, people were investigated and fired for their sexualities, often justified by saying that homosexuality made a person sympathetic to communism and a security risk.

After her discharge, James got an advanced degree in physical therapy and moved to California. “I had to move myself away. I couldn’t be around my family and friends.”

But her discharge continued to impact her. She could not pay for school with the G.I. Bill. She was denied insurance from the USAA. When she dies, she cannot be buried in a national cemetary or with a color guard.

She officially applied to have her discharge changed to “honorable” with the Air Force Board for Correction of Military Records last year. The Air Force, though, said that her records were destroyed in a fire several decades ago, so a decision could not be reached.

So now James is suing.

“I went to Stanford, I was a professor at Cal Fresno. I had patients, friends, students I learned so much from. I’ve done this all because I’ve been pushed. I need to do as much as I can to prove I’m a good person. I still wasn’t whole.”

Chelsea Manning is running for Senate. Could she win?