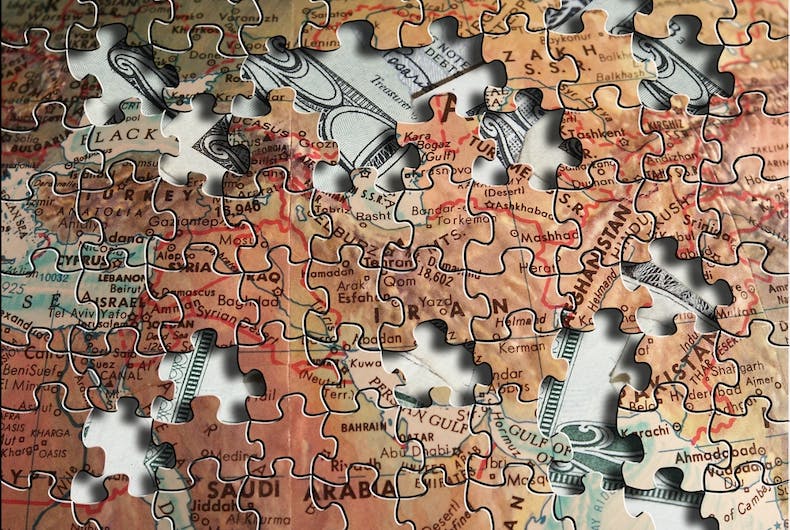 The body of Donald J. Trump has become the site where reason, truth, and empathy go to die!

By officially declaring Jerusalem as Israel’s capital and announcing plans to move the U.S. embassy to Jerusalem from the city of Tel Aviv – the site of all other nation’s embassies in Israel — President Trump imperials the world, and further jeopardizes a peaceful resolution to the seemingly perennial Israeli-Palestinian conflict.

The Palestinian organization, Hamas, has accused Trump of opening “the gates of Hell,” and has called for organized protest. In anticipation, the U.S. State Department has issued safety warning for embassies around the world.

Except for most Israeli officials and several people in the United States, Trump’s action has been roundly criticized by leaders in capitals throughout the world, with mere tepid support from his own Secretaries of State and Defense.

In his own perverse way, Trump has brought together constant rivals in the Middle East, including Turkey, Iran, Jordan, Saudi Arabia, Egypt, Yemen, in one united voice opposing his decision.

By taking these unprecedented and premature actions, Donald Trump has poured Middle Eastern oil onto a tinder box that, likely, will ignite the Third Intifada in the region.

Ariel Sharon instigated the Second Intifada (Palestinian uprising against Israel) in September 2000 by walking upon the Temple Mount, the home of some of the holiest shrines in Islam. In the four years following Sharon’s provocation, estimates place the death toll of military personnel and civilians at 3,000 Palestinians, 1,000 Israelis, and 64 foreigners.

Trump’s official recognition and intention to move the embassy to Jerusalem makes no political sense other than to appease his ever-decreasing base of supporters and Israeli Prime Minister, Benjamin Netanyahu, one of Trump’s many puppet masters.

Trump’s decision further endangers U.S. and Israeli security, and offers nothing to move the peace process forward. In fact, it places the final nail in its coffin.

Surrounding investigations into Trump’s connections with Russia, he acts like a wounded and caged animal fending for his life. His latest announced plans in Israel along with his repeated insults and incitements toward a volatile and brutal North Korean autocrat appear likely that he is attempting to take down the entire planet and all its inhabitants along with him.

Donald Trump’s actions have risen to the level of high crimes of treasonous offenses that present clear and present dangers to the citizens of the international community.