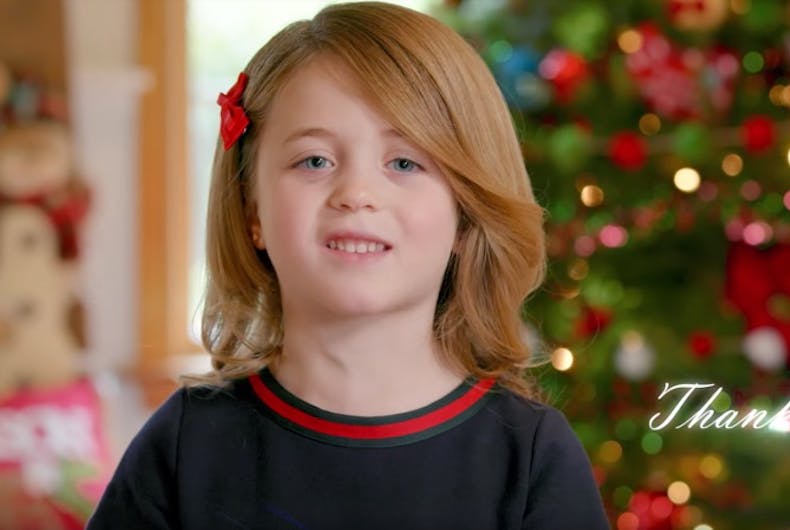 The pro-Trump group America First Policies has announced it will start running ads on Christmas day to thanks Donald Trump. Various people spout off ridiculous pleasantries during the ad ensuring that the primary intended viewer is the notoriously vain Trump himself.

While Republican leaders and cabinet members continue their sycophantic praise of America’s worst President, the final plea of gratitude from a little girl is the most ridiculous.

It should go without saying – despite Trump’s language that we “can” say Merry Christmas as if we couldn’t before – that America’s first black president did not ban the words “Merry Christmas.”

For the record, he also didn’t skip Christmas in favor of Kwanzaa as our racist current president alleged in 2011.

Check out the ad and a clip of Trump’s self-congratulations for “restoring” a common holiday saying.

What a convenient mistake: @BarackObama issued a statement for Kwanza but failed to issue one for Christmas. http://t.co/DodG53Rx

The Vatican’s nativity scene has a hot guy in it. Conservatives aren’t having it.