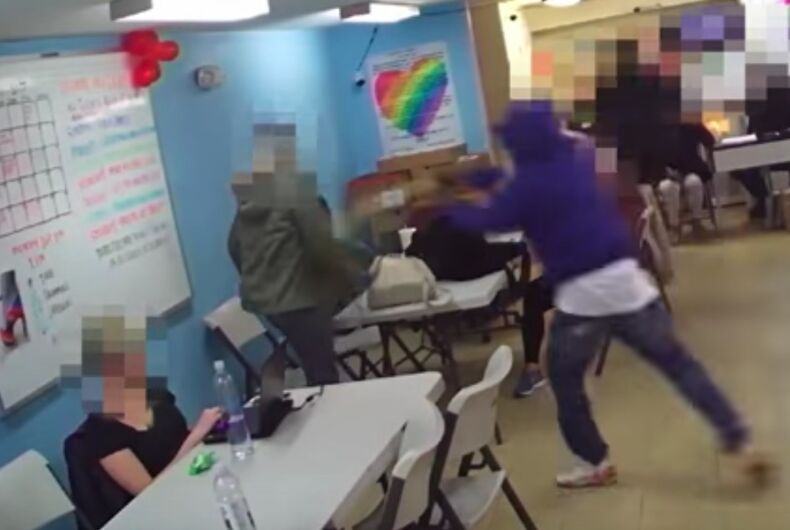 Police are investigating an attack at an LGBT community center in Washington, D.C. as a possible hate crime.

On Tuesday at 1:45 p.m., a masked man entered the Casa Ruby LGBT Community Center. According to a Facebook post from Casa Ruby, he pepper-sprayed an employee and then ran out.

One person was taken to the hospital after the attack.

The Metropolitan Police Department wrote in a report that they believe the attack is a burglary and possibly motivated by bias.

Casa Ruby is a bilingual center that offers services like housing referrals, legal counseling, food, and clothing for LGBT people. Many of their clients have incomes under $15,000 a year.

Earlier this year, Casa Ruby was vandalized by a straight man who visited the center several times trying to meet transgender women. He was asked to leave when he became violent.