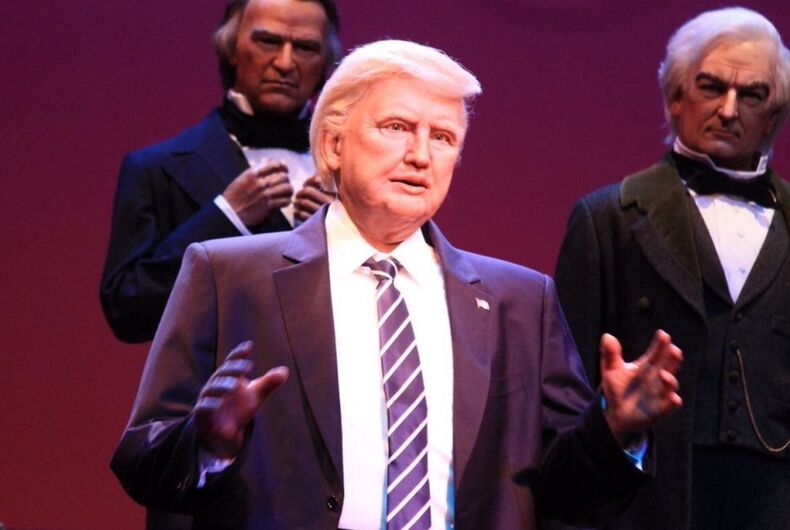 A robot Donald Trump will now be featured in the Magic Kingdom’s Hall of Presidents.

The attraction, which has animatronic versions of Trump and the 43 previous presidents, was closed just before the inauguration in January to work on the new robot and 25-minute show.

Debuting in 1971, the Hall of Presidents presents a hagiography of the US presidency, with the better-known presidents getting speaking roles. Since Bill Clinton became president, the current occupant of the White House has also talked.

Disney World worked with the White House this year to construct a life-life robot Trump, complete with his bizarre hair, ill-fitting suit, and extra-long tie.

They also had a recording session with Trump. “Above all, to be American is to be an optimist — to believe that we can always do better — and that the best days of our great nation are still ahead of us,” robot Trump says at one point in the show.

It’s an odd choice for a quotation; Trump’s campaign was more about looking into the past – “Make America great again” – than it was about optimism for the future.

Then again, using quotes that actually describe who Trump is and why he got elected would take away from the main message of the attraction: that the presidents are worthy of respect.