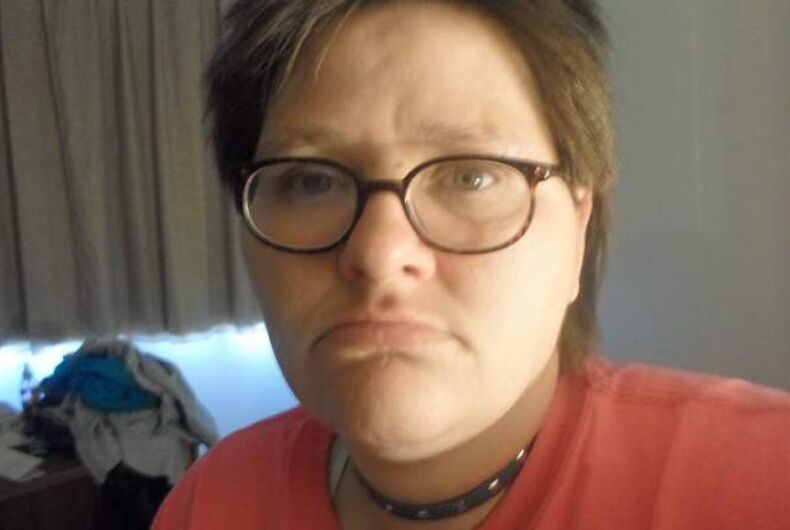 Amos Beede was killed in a camp for homeless people last year and the instigator of the vicious attack was sentenced in court yesterday for her part in the crime. Three other suspects have yet to go to trial for their roles in the slaying.

Myia Barber pled guilty to involuntary manslaughter as part of a deal struck with the prosecution. She was sentenced to a minimum of ten years in state prison.

“Everyday I cry. I cry because they just tore my heart — they tore a piece of my heart away,” Beede’s sister told the court.

The altercation started as an argument over someone throwing urine and feces at others in the camp. Police say Barber led others to Beede’s tent and joining herself. Beede was left with several broken bones, skull fractures and severe head trauma.

“It’s horrific. It’s heinous. It’s probably one of the worst attacks and homicides that I’ve ever seen,” Vermont Superior Court Judge Nancy Waples said from the bench according to the local CBS station.

Barber offered an apology to the court and the victim’s family, saying, “I just want to say how truly sorry I am that I let any of this happen.”

Beede’s sister rejected the gesture, saying, “There’s no apology for something like this.”