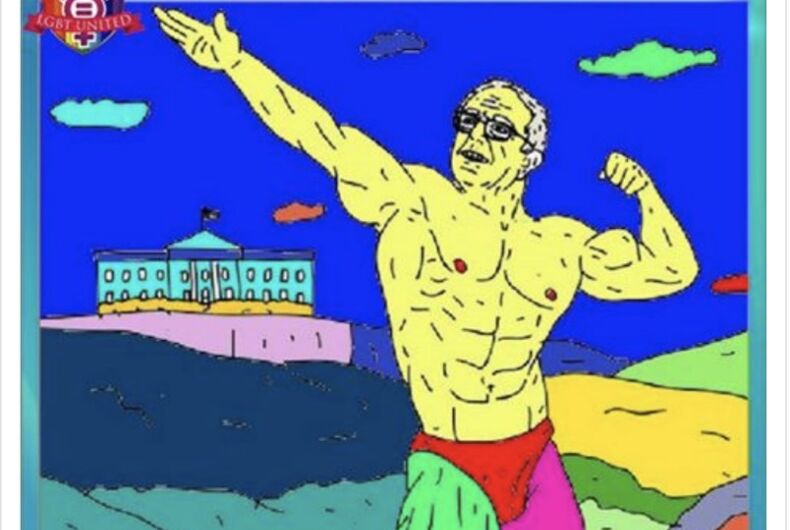 A fake "coloring book" photos for a fake Facebook group created by Russians seeking to influence the 2016 presidential electionPhoto: Facebook

News and insinuations about Russian meddling in the 2016 presidential election and the country’s possible collusion with the Trump campaign have flooded the news and social media since Election Day, but new testimony from online giants like Facebook, Google, and Twitter has the nation reeling.

During testimony to the House Select Committee on Intelligence the past two days, the social media companies described the extent of the attempts by Russia to influence the election using advertisements, sponsored posts, fake news and events, and paid tweets.

Democrat members of the committee released various examples of Facebook sponsored posts, events, and groups. One fake group, LGBT United, was highlighted as an example of Russia’s attempt to exploit American divisions on civil rights issues. Race relations (particularly surrounding Black Lives Matter), prejudice against Muslims, and flag waving patriotism were all part and parcel of the content promoted and paid for by the communist country.

Two examples from the LGBT United group were released by the committee and they are doozys. First they promoted a fake coloring book featuring a studly Bernie Sanders as a way to continue to divide Sanders and Clinton supporters. After all, divide and conquer has been a winnable strategy for centuries – and many of us fell for it hook, line and sinker.

“The author of the book said she wanted people to stop taking this whole thing too serious. The coloring is something that suits for all people. I totally agree with her!” the post’s text reads. “I’ve recently heard some hateful comments from the Hillary supporters about Bernie Sanders and his supporters, so I really love the idea of this color book.”

Not only did they manage to work in a bit of voter suppression (don’t take this seriously!), but they also exploited the division between the camps by claiming they had hurt negative comments from Clinton supporters (even though it’s hard to hear comments from Russia).

One ad, also shown below, featured a fake “counter-rally” against the Westboro Baptist Church. Operatives paid about 3,000 rubles ($51) to promote the fake event in hopes that the two sides would clash. It’s not clear whether the protest actually happened, but that wasn’t always the case.

Another fake event, a vigil for victims of the mass shooting at the Pulse nightclub in Orlando, grew a life of its own. Not only did a brother of one of the victims speak at the rally attended by dozens of people, local and national media covered the event.

One thing clear to anyone who has studied the LGBTQ movement – and American politics writ large – is that dividing us is incredibly easy using a little bit of manipulation to stoke old grudges and prejudice. How much did that strategy succeed with the LGBT community?

We’re only starting to find out.

These ‘gay lions’ aren’t just having sex, they’re giving each other cat kisses