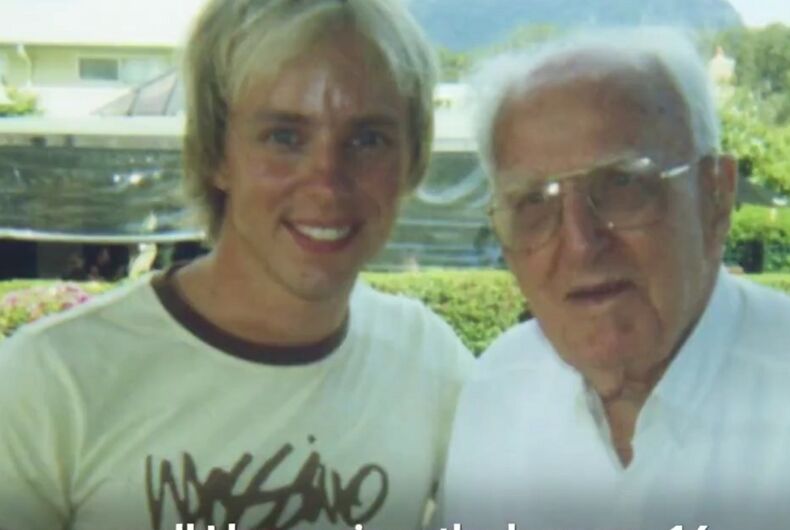 The national referendum on marriage equality in Australia will end this week.

The Yes campaign’s ads, though, are generally about being nice and being fair. And they stayed on topic.

This ad from AU Marriage Equality is about a 104-year-old man with a gay grandson explaining why he is voting yes. He says that he “can’t understand what all the fuss and commotion is about.”

104 year old Alex voted YES for his grandson Paul.
Pa Alex was married for 45 years, and believes his grandson should have the same right. pic.twitter.com/fGxOnEfTxc

The Yes campaign is staying on topic because support for marriage equality is just a proxy for acceptance of LGBTQ people, and it isn’t polite anymore to candidly advocate for discrimination against LGBTQ people.

This is why the No campaign is talking about bizarre theories about how schools will force kids to cross-dress if the ban on same-sex couples marrying is lifted and presenting non sequiturs like “Freedom of speech” as if they were rational arguments. The more mainstream opponents of marriage equality are at a disadvantage because they don’t want to say what they actually mean.

And that’s why the less mainstream opponents put up posters with the word “FAGS” written prominently on them – they have no problem saying the quiet parts loud.