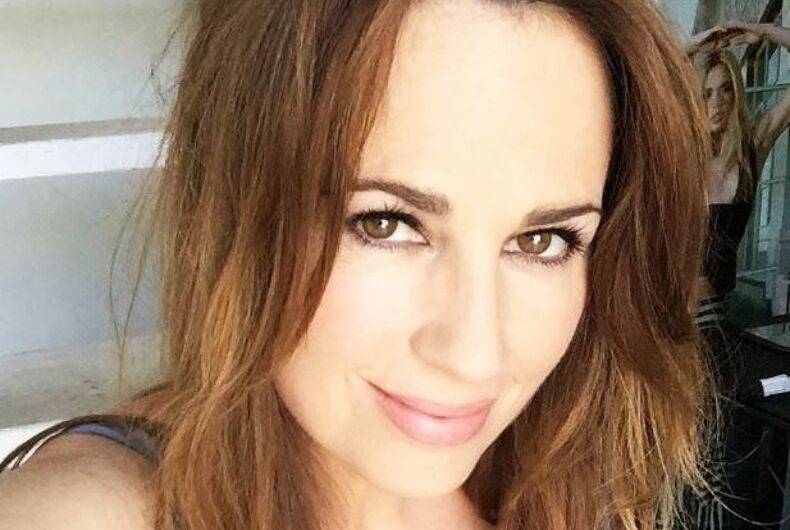 Roem made headlines of course for her win, but also for her response when asked how it felt to defeat a man who misgendered her, refused to debate her, and put forward a transphobic bathroom bill.

“Starting next year, Delegate Marshall will be one of my constituents, and I’m not going to attack my own constituents,” Roem told Lawrence O’Donnell.

I believe that’s what you call a classy burn.

Now, Marshall’s sisters, actress Paula Marshall Nucci, is getting in on the act.

“He wouldn’t debate her, he wouldn’t call her “her” or “she,” Marshall Nucci noted on Facebook. “Maybe if he weren’t so judgmental and homophobic, he could have lost with dignity. I’m not happy my brother lost his job, but all I can say is, karma brother.”

Wow. That has to sting.

Roy Moore is fundraising off of the molestation allegations against him