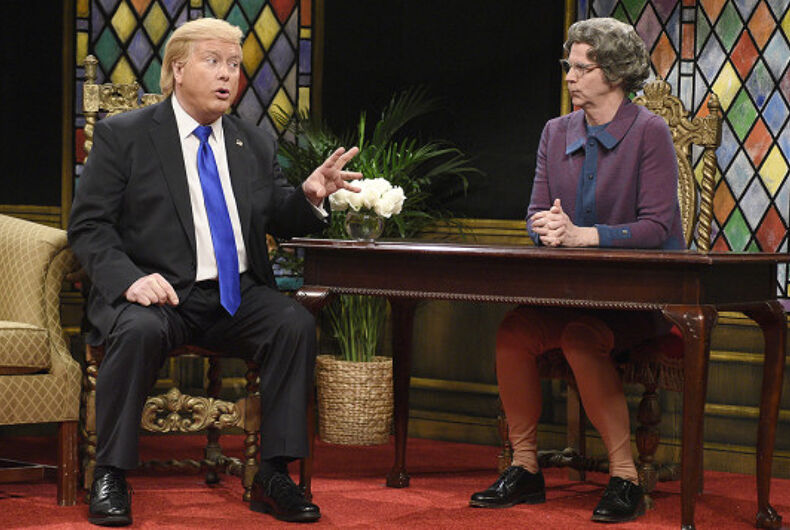 Televangelist Jim Bakker warned the nation yesterday that if Donald Trump is impeached, there will be rioting in the streets by old ladies and Christians.

“Trump is not crazy,” Bakker began. “They want him to be crazy because they want to impeach him. There is nothing they can impeach him over because this thing with the collusion with Russia they can’t prove, but they want to say this man is crazy. They’re trying to get doctors to say the president is crazy.”

The investigation into the connections between the Trump campaign and Russia are just heating up, but his supporters are quick to declare him innocent already.

“If they go through with [impeaching Trump], there will be a riot in the United States of America and you’re going to find little old ladies rioting, you’re going to find the church people out rioting because they’re not going to take it any more,” he warned. “This is stupid and insanity what is going on in our country right now.”

This church sign went viral & now the minister is apologizing