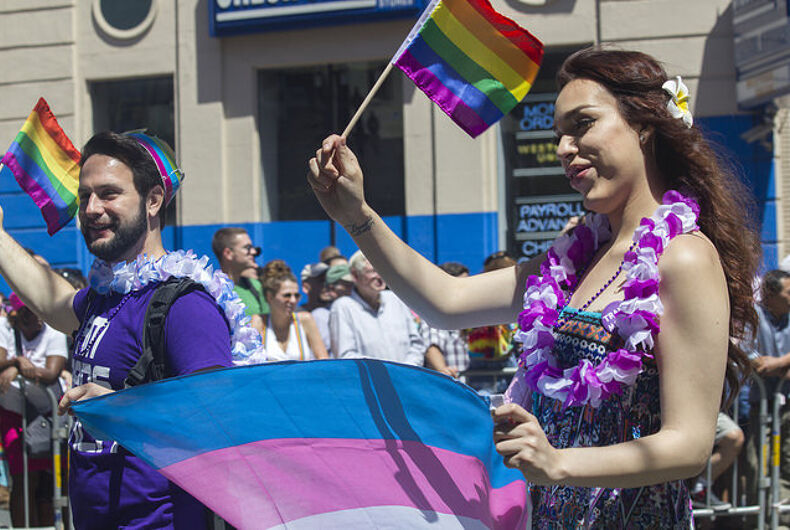 A new survey shows just how much work is left to be done on transgender acceptance in America.

A YouGov poll found that while 40 percent of those surveyed said they knew a trans person, 27 percent are not open to being friends with a trans person.

It also found that 21 percent of Americans think identifying as trans is a form of mental illness, and 39 percent believe that it is a choice.

Mental health professionals have stressed in recent years that being transgender is not a mental illness, and that it is in fact just the discrimination and lack of understanding that many trans people face that can result in problems.

The results when it comes to dating, relationships, and sex are even more depressing:

Significantly fewer people would consider dating, either casually or seriously, a trans man, woman or non-binary individual – 17%, 16% and 18% respectively. Respondents were even less likely to be open to the idea of engaging in a sexual act of any kind with a trans man or non-binary person (15%), and even fewer would consider intimacy with a transgender woman (13%). In the past twelve months, only 4% of Americans have been on a date with a transgender person.

Of those who said they were open to dating a transgender person, 18 percent said they would keep it a secret.

Attitudes do appear to be changing among the younger generation, however, providing a silver lining.

YouGov notes that twice as many millennials report feeling their gender identity differs from what they were assigned at birth compared with those aged 35-54, at 14 and 7 percent respectively.

2017 is already the most deadly year on record for the transgender community, and these numbers underscore that we must keep fighting for understanding and rights for the most vulnerable among us.