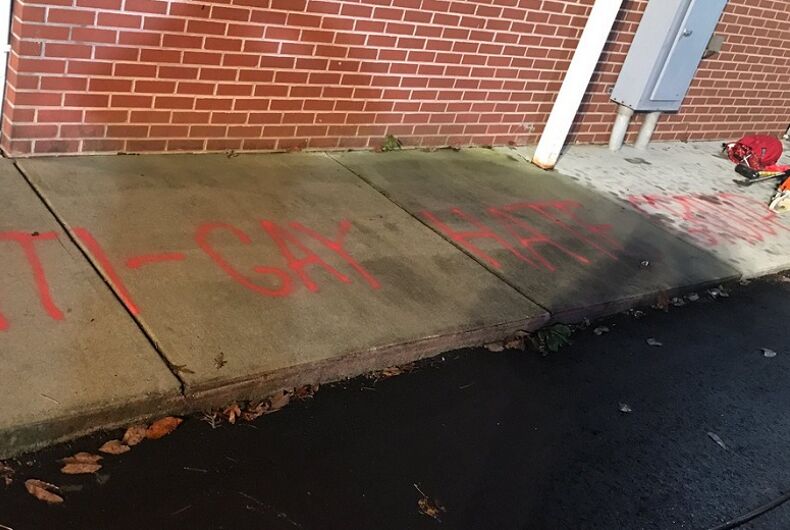 A mid-sized fire broke out in a church early Monday morning.

Five fire departments responded to a fire at the Providence Baptist Church in Hickory, North Carolina. Firefighters said the fire started in the basement.

The Catawba County Sheriffs office has not determined the cause of the fire, but suspicious graffiti was found behind the church that said “ANTI-GAY HATE GROUP.”

Pastor is concerned that this fire might have been intentionally set. They found this vandalism behind the church @WBTV_News pic.twitter.com/QNLA5SFcrF

It’s possible that the fire was set by radical gay (but not “LGBT” or “queer”) activists.

Or it might have been started by someone upset that organizations that were once considered respectable are being labeled “hate groups” because of their anti-gay hatred, to show how accurately describing their beliefs can lead to violence. It would not be without precedent – in 2008, a conservative white woman named Ashley Todd carved a “B” for “Barack” on her face in a mirror (making it backwards) and said that an African American did it to her while saying, “You are going to be a Barack supporter.”

Or maybe the graffiti was spray-painted by a separate group of people and the fire was entirely coincidental.

No one was injured in the fire and the building suffered smoke damage.