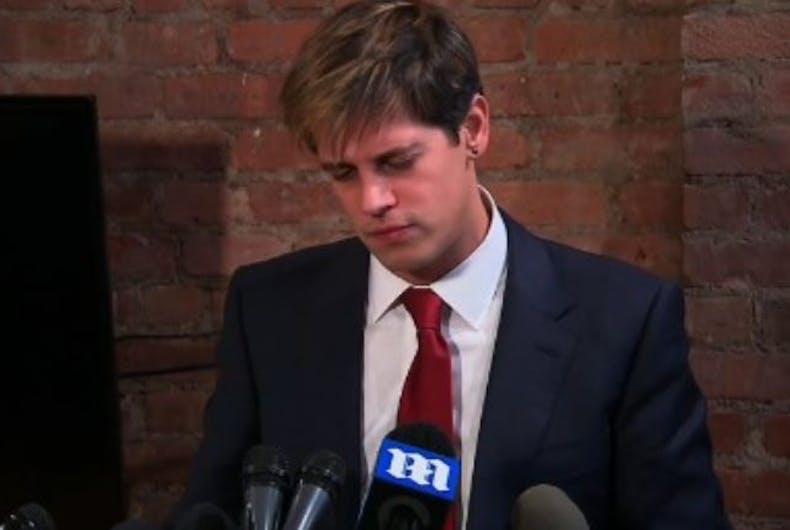 Milo Yiannopoulos resigning from Breitbart after making comments many saw as defending relationships between grown men and boys.Photo: Screenshot

Billionaire investor Robert Mercer has announced that he is cutting financial ties to Breitbart and its former editor, the openly gay self-described troll, Milo Yiannopoulos.

The decision comes around a month after BuzzFeed exposed the publication’s dealings with neo-Nazis and white supremacists, with emails from Yiannopoulos, Steve Bannon, and other staffers showing how the normalization of bigotry sausage was made.

In a letter to investors at Renaissance Technologies LLC, Mercer announced that he was stepping down from the hedge fund he co-heads, and is selling his stake in Breitbart to his daughters.

He also stated that he had supported Yiannopoulos over “his expression of views contrary to the social mainstream and his spotlighting of the hypocrisy of those who would close down free speech in the name of political correctness” at universities.

However, the Trump donor said he came to see that Yiannopoulos “caused pain and divisiveness undermining the open and productive discourse that I had hoped to facilitate. I was mistaken to have supported him, and for several weeks have been in the process of severing all ties with him.”

Yiannopoulos was forced to resign from his senior editor position at Breitbart over statements many interpreted as defending pedophilic relationships. The controversy also cost Yiannopoulos a speaking gig at the Conservative Political Action Committee (CPAC), and Simon and Schuster decided not to publish his book, forcing him to self-publish.

Still, he had looked for a time like he might just make it as the Mr. Magoo of the “alt-right” set, surviving calamities that seemed like they would take him down. Yet it looks like we may finally be witnessing Magoo’s final curtain call, as the loss of this financial backing is another serious blow to his career.

That isn’t how he sees it, however. Yiannopoulos, who recently married his longtime partner John, is turning it around on the media, claiming he’s still succeeding despite how it may look to most everyone else.

Breitbart can still count on the support of Mercer’s daughters, but it too has been facing a backlash, with advertisers fleeing the far-right site that so often peddles in conspiracy and fear mongering.

Perhaps hate isn’t good for business after all.