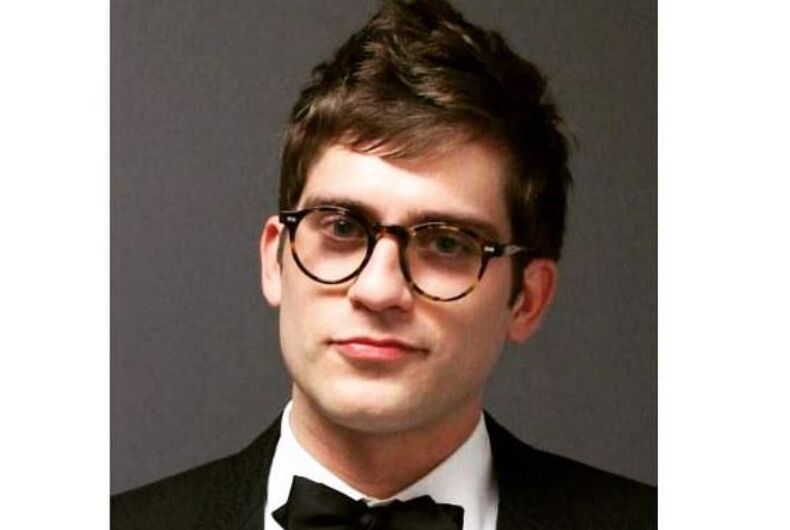 Lucian Wintrich, the White House reporter for the conservative website The Gateway Pundit, was arrested on Tuesday night for physically assaulting a woman who removed notes from a podium where he was delivering a speech.

BREAKING: @lucianwintrich appears to attack a @UCONN student during speech after she took something off podium. pic.twitter.com/WAcNYAak7c

That speech, delivered at the University of Connecticut, as Right Wing Watch reports, was filled with racist memes and stunts, including drinking a glass of milk because apparently that shows superior genetics to his bigoted mind.

It was titled, “It’s OK To Be White,” which is also the name of a campaign that has popped up on 4Chan and on Reddit, and is popular among those who feel equality is a threat to their own progress, likely due to their inability to compete on a level playing field.

He claimed there are two Americas.

“One full of cherry trees, apple pie capitalism, and another America run by illegal immigrant tranny migrants,” he claimed.

RT @MarioBooneTV #BREAKING @UConn cops just arrested @lucianwintrich for assaulting a student during his "It's ok to be White" speech. Cops have cleared the lecture hall. @WTNH #CTnews pic.twitter.com/YkoKoPwlDo

Wintrich said he was arrested on “second degree breach of peace.” He was released on $1,000 bail.

The Gateway Pundit has admitted to only being in the White House press room to troll, and has routinely published fake news stories and conspiracy theories, including one misidentifying the Las Vegas shooter.

Wintrich is openly gay, and first made a name for himself with the Twinks For Trump photo series.

He previously accused a Fox News journalist of pushing him and grabbing his arm during a homophobic attack, but all eyewitnesses to the events disputed that claim.

Once again, he is trying to paint himself as a victim.

It's really unfortunate that some of the kids at @UConn felt the need to be violent and disruptive during a speech that focused on how the leftist media is turning Americans against each other. Tonight proved my point.

Adding irony to the entire ordeal, I was arrested for "Second Degree Breach of Peace." Apparently, "Peace" is anything far left students don't agree with. SAD! Plenty of great young conservatives in the audience – disappointed that the left wouldn't let this happen as planned.