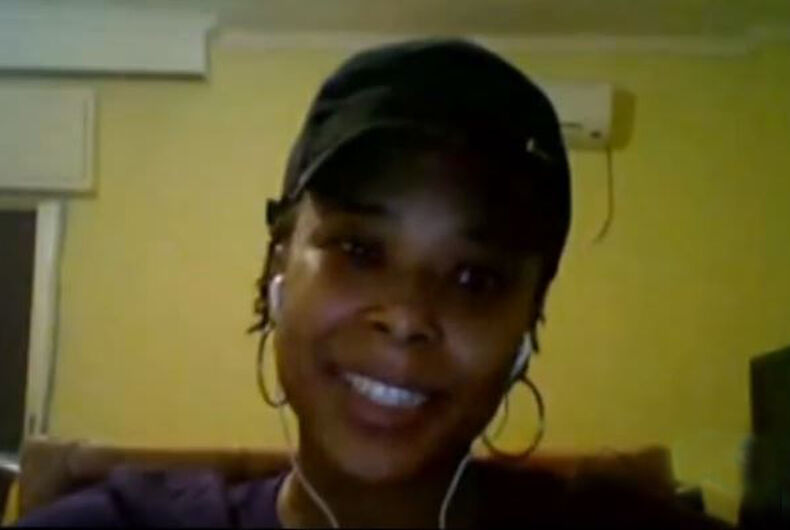 Camille LeNoir said in an interview that she no longer identifies as a lesbian, calling homosexuality a sin. Photo: YouTube/The Forerunner

A former college and professional basketball player claims she lost out on a coaching job at New Mexico University because she’s “ex-gay.”

Camille LeNoir played her college ball at the University of Southern California, later getting drafted by the WNBA’s Washington Mystics, and playing professionally overseas. During most of her basketball career she identified as a lesbian, but now she identifies as straight.

She has filed suit against New Mexico State in U.S. District Court, claiming discrimination the grounds of sexual orientation and her religious beliefs, The Washington Post reports.

The school’s head coach, Mark Trakh, is said to have extended a job offer, only to pull it away shortly thereafter when he discovered an interview LeNoir gave to Christian organization The Forerunner Chronicles.

“If you believe something that you were born gay or homosexual or whatever — if you feel you were born that way — I would say that you weren’t. God wouldn’t create you homosexual, then say in the Bible that it’s wrong, and then send you to hell. He doesn’t operate like that,” she added.

She said the only statement she made in the interview that she now disagrees with is her assertion that sports are “evil.”

She complained of the “idol worship, greed, the level of money, the hatred, the envy.” Conveniently, she has seen the light on that front, even if she still considers being LGBTQ a sin.

That is a stance New Mexico State stands behind, as well as arguing that he did not have the power to single-handedly hire her in the first place.

“I felt the job was taken away because of my heterosexuality,” LeNoir said. “I believe it was an injustice, a huge injustice.”

“Religious freedom,” which grants room for discrimination by those who claim they are acting in accordance with their faith, has become a major topic of debate in the country.

President Donald Trump signed an executive order making it easier for churches to get more directly involved in politics, and Attorney General Jeff Sessions has instructed the Department of Justice to give more consideration to so-called “religious freedom” violations.

Kevin Spacey just got fired by his agency & his publicist

Kevin Spacey just got fired from ‘House of Cards’