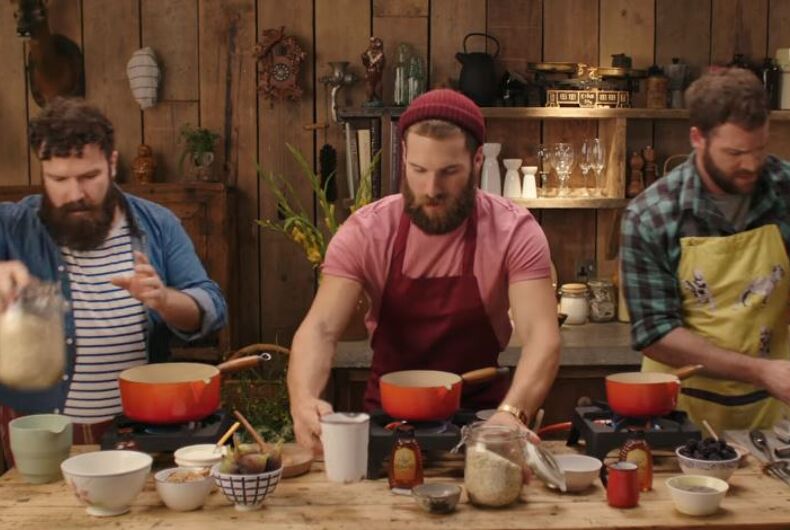 The "Three Bears" make their best porridge in a new episode from the Rowse Honey campaign.Photo: YouTube/Rowse

Remember when we introduced you to three bears who didn’t need a Goldilocks in that adorable Rowse Honey commercial? Well, they’re back, with some more adventures that will have you asking to be a fourth.

Go check out the first episode of the “Three Bears” campaign if you haven’t seen it yet.

In episode 2, Joel, Phil, and Matt, try their hand at yoga, make some porridge, with grilled banana, almonds, and, of course, a good dose of honey. And, naturally, they look good, if at times silly, doing all of it.

In episode 3, we see the manly bears engage in a fierce porridge making contest, before they take part in some three-way arm wrestling.

We don’t know about you, but we wouldn’t kick them out of bed for getting honey on the sheets. We think they’re just right.

New Roy Moore accuser: ‘I thought he was going to rape me’