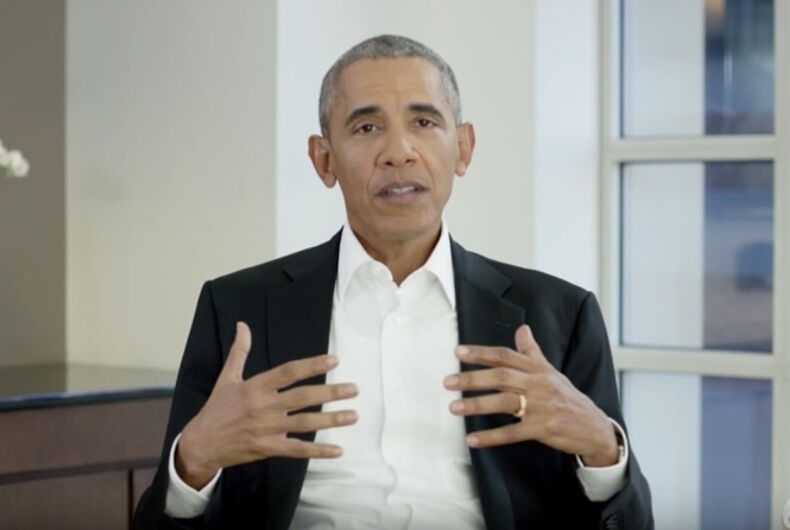 In a special video, the ex-president shares good news about the fight against HIV and cracks a few jokes too.

“When it comes to the fight against HIV/AIDs, there’s some genuinely good news to share,” Obama says. “For the first time in history, more than half of all people living with the virus are on life-saving medication.”

“It sounds like a miracle, but it’s not the result of mysterious forces or chance. It happened because countless people working for years chose to make this process,” Obama continues. “You can help us win this fight. You can help us change lives and write a future full of progress and hope, so let’s all get to work.”

But, apparently, no matter how much you help, you won’t be able to pilot Air Force One. You’ll have to settle for changing lives.

Are the women speaking up about sexual assault taking down celebrities or the patriarchy?