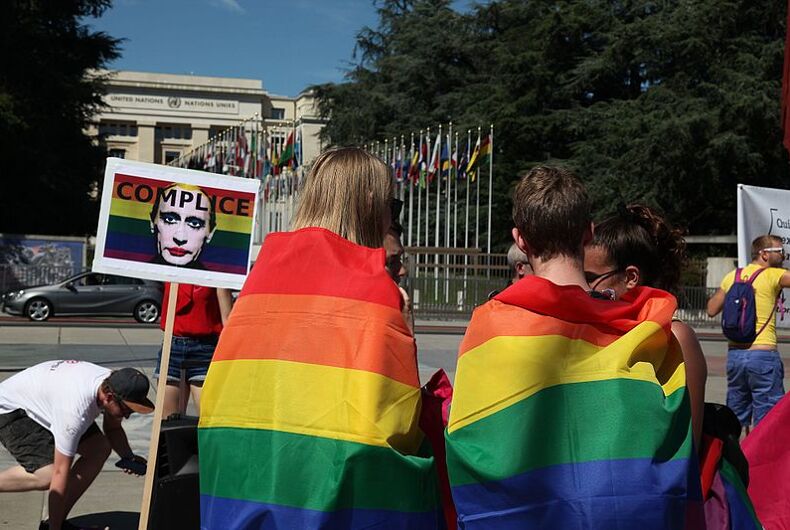 The Olympics are meant to bring nations together in friendly competition, with an underlying message of peace and unity. Russia and Egypt have a different plan, fighting to allow discrimination on the basis of sexual orientation.

Every two years, member states of the UN General Assembly come together to negotiate the “Olympic Truce Resolution,” to ensure peace during the Olympics, as well as the week before and after.

Since 2015, Principal 6 of the Olympic Charter has included a ban on discrimination based on sexual orientation, but the two countries are trying to remove all references to it in this year’s resolution.

“Egypt and Russia are not simply fighting over symbolic language but over the levels of violence governments are allowed to use against LGBT people,” said Jessica Stern, Executive Director at OutRight Action International, in a statement.

“After systematic attacks on LGBT people in their own countries, they are now setting their sights on promoting violence and discrimination in every country of the world. The Olympics Games are supposed to be a time for sport, technique, pride and community, not for politicking, hatred and violence.”

Egypt has recently begun a crackdown on LGBTQ people that is being compared to the dangerous and deadly situation in Chechnya, where dozens of gay and bisexual men have reported being taken to secret prison sites, where they are tortured, and in some cases killed.

Chechnya is a federal subject of Russia, which has reportedly been turning a blind eye to the human rights violations of LGBT people happening there. It also has a history of cracking down on the LGBTQ community within the country itself, especially since passing a so-called gay propaganda law that has been used to silence, intimidate, and jail activists.