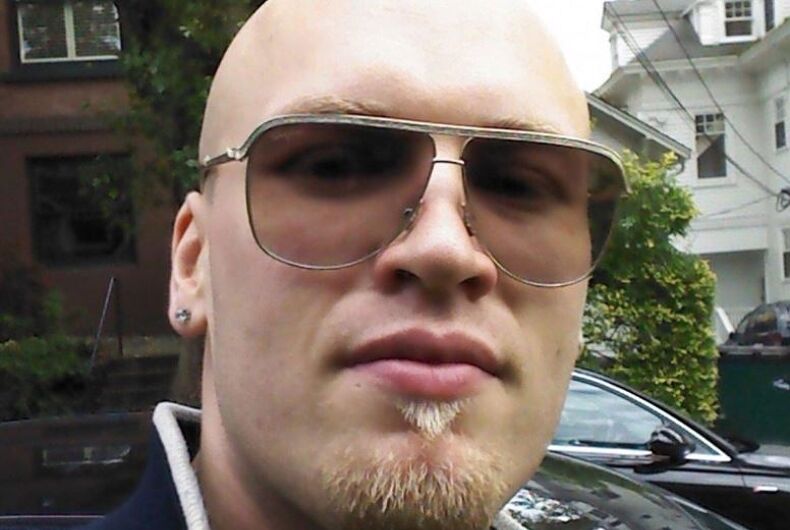 A conspiracy theorist YouTuber and blogger, who once interned for former Breitbart editor Milo Yinnapoulos, has been arrested and charged for allegedly stabbing his father to death for calling him a Nazi.

Lane Davis, who runs the YouTube channel Seattle4Truth and contributed to a conservative blog called the Ralph Report, was a believer in just about every bit of fake news you can name.

That includes the PizzaGate conspiracy that said Hillary Clinton was running a pedophile sex ring with her chairman in the 2016 campaign, John Podesta. He was also a regular contributor to the Donald Trump subreddit.

Davis has pleaded not guilty to the murder charges, but told detectives that the fight started over “whether toddlers could consent to sex or not,” and that he got upset when his father allegedly called him a Nazi and a racist.

According to police calls obtained by the publication, Davis’s mother, Catherine, called 911 to report that her son was ranting and refusing to leave them alone.

“He just lives on the internet and he gets really worked up about everything that’s going on,” she told the operator, who said to try to stay away from him until police arrived.

“We’re trying to but he’s chasing us around the house,” she said. “He’s mad about something on the internet about leftist pedophiles and he thinks we’re leftist and he’s calling us pedophiles. And I don’t know what all.”

She called a second time, with a more frantic and dire call.

“He stabbed him!” she yelled.

His work with both Yiannopoulos and Ethan Ralph was reportedly unpaid, and when he parted ways with Yiannopoulos he leaked the details of how the Milo brand was fueled by hordes of mostly unpaid interns to BuzzFeed.

BuzzFeed also recently published a feature showing how Yiannopoulos, Steve Bannon, and the rest of the crew at Breitbart worked with neo-Nazis and white supremacists in an effort to drive traffic and effectively normalize radicalism.

“Mr. Davis was a volunteer for me for a brief period of time prior to my founding MILO Inc. I was unhappy with his work and discontinued the relationship. I then experienced his anger firsthand as he threatened me and later went to BuzzFeed making false and inaccurate accusations,” Yiannopoulos said in a statement.

He did not return a request for elaboration, The Daily Beast reports.

Ralph, who is currently serving a prison sentence in Virginia for assaulting a police officer, has said Davis’s work will be removed from his blog. He too said Davis could be aggressive, the NY Daily News reports, adding that he would verbally attack anyone who would “even slightly disagreed” with him, calling them “leftist pedos.”

Davis is being held on $1 million bail, and is represented by a public defender, with a trial slated for January.

What can the shocking murder of an 8-year-old boy thought to be gay teach us about adults?