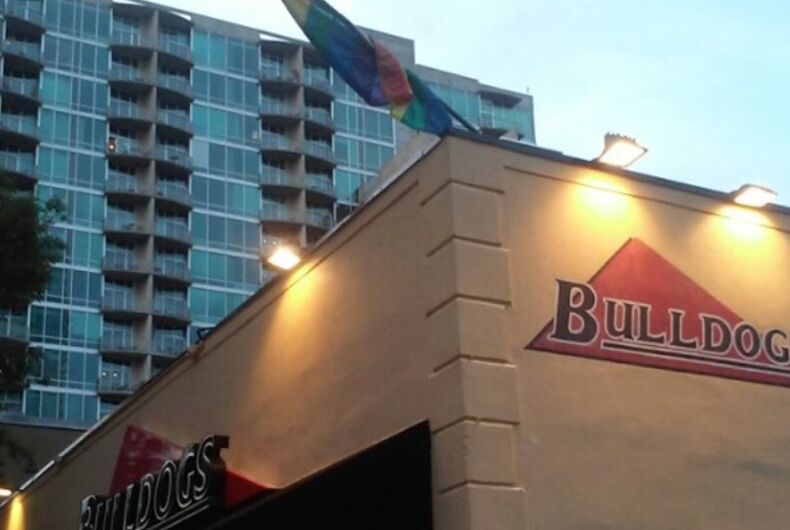 A man was shot twice in the back during a robbery at a gay bar in Atlanta.

Witnesses say they saw a man last Monday outside Bulldogs, a predominantly African American gay bar in Atlanta. A group of friends was leaving the bar when the man started yelling obscenities at them.

“He started yelling obscenities, such as ‘Hey, which one is with who? I wanna have sex with one of you guys,'” a witness to wished to remain anonymous told WSB-TV Atlanta. “He then screamed that he was homeless and that he wanted to know if one of us could give him some money.”

He said he wanted to go home with them and followed the group to a nearby parking lot.

The witness said he gave him $5, and then the man, Elijah Payton, 47, lifted his shirt and pulled out a gun.

All but two of the people in the group ran immediately. Payton then told the remaining two people to undress, and one of them tried to run at that point. Payton shot him twice in the back.

Payton was arrested by Atlanta police on Thursday, and he is being charged for both this shooting and a shooting that occurred a month ago. In the other shooting, Payton demanded a man’s cellphone charger and food, and then shot the victim in the thigh when he refused.

Both victims are alive and in stable condition.

Donald Trump spoke at a conference that promotes conversion therapy