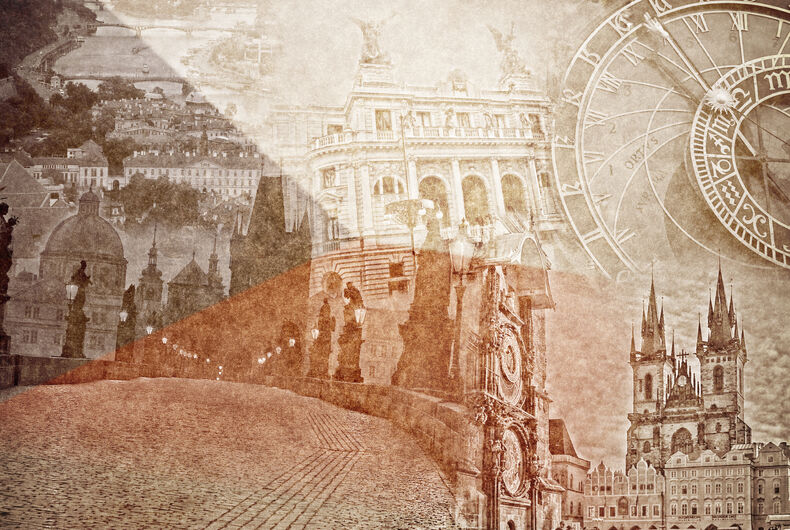 The histories of people with same-sex desires and gender non-conformers and transformers are filled with incredible pain and enormous pride, of overwhelming repression and victorious rejoicing, of stifling invisibility and dazzling illumination. Throughout the ages, homosexuality, bisexuality, and gender non-conformity have been called many things:  from “sins,” “sicknesses,” and “crimes,” to “orientations,” “identities,” and even “gifts from God.”

Though same-sex sexuality and gender non-conformity has probably always existed in human and most non-human species, the concept of “homosexuality,” “bisexuality,” and “transgender” identities, in fact, sexual orientation in general and the construction of an identity and sense of community based on these identities is a relatively modern Western invention.

Lesbian, gay, bisexual, asexual, transgender, intersex, queer (LGBATIQ) people, as is still often the case for many other minoritized communities, grow up in a society without an historical context in which to project their lives. They are weaned on the notion that they have no culture and no history.

In the famous words of African American social activist Marcus Garvey: “A people without the knowledge of their past history, origin, and culture is like a tree without roots.”

The lives, stories, and histories of LGBATIQ people have been intentionally hidden by socially dominant individuals and groups through neglect, deletions, erasures, omissions, bans, censorship, distortions, alterations, trivialization, change of pronouns signifying gender, and by other unauthorized means.

One of the first instances of an unauthorized changing of pronouns signifying gender occurred when, according to Boswell: “Michelangelo’s grandnephew employed this means to render his uncle’s sonnets more acceptable to the public.”

We know about the figure of Sappho and her famed young women’s school on the Isle of Lesbos around the year 580 BCE, where we find the earliest known writings of love poems between women, and other important writings. Unfortunately, only one complete poem and several poem fragments survived for us today after centuries of the Catholic church’s concerted effort to extinguish the works of these extraordinary women.

An order in 380 CE of St. Gregory of Nazianzus demanded the torching of Sappho’s poetry, and the remaining manuscripts were ordered by Papal Decree in 1073 CE to be destroyed.

Throughout the world, on university and grade school campuses, in the workplace, in communities, homes and in the media, issues of sexual identity and gender identity and expression are increasingly “coming out of the closet.” We see young people developing positive identities at earlier ages than ever before. Activists are gaining selective electoral and legislative victories.

October is now Lesbian, Gay, Bisexual, Transgender (LGBT) History Month. It originated when, in 1994, Rodney Wilson, a high school teacher in Missouri, had the idea that a month was needed dedicated to commemorating and teaching this history since it has been perennially excluded in the schools. He worked with other teachers and community leaders, and they chose October since public schools are in session, and National Coming Out Day already fell on October 11.