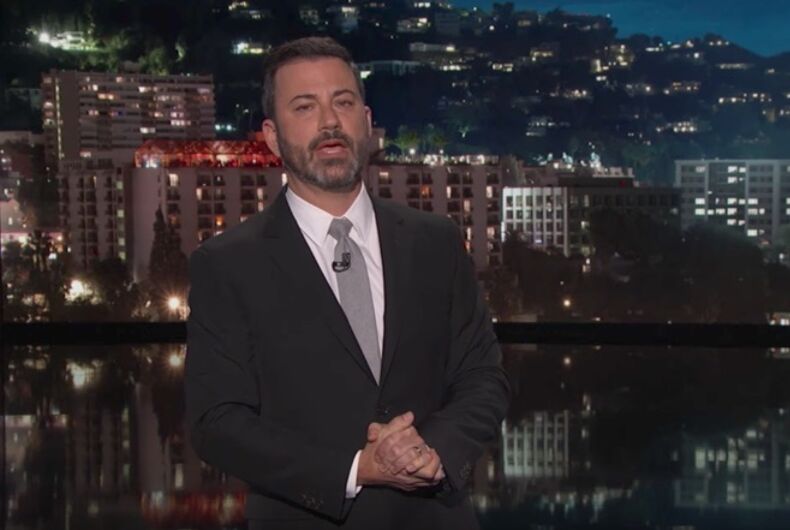 Jimmy Kimmel tears up talking about the mass shooting in Las Vegas.Photo: screenshot

Jimmy Kimmel’s streak of addressing the country’s worst problems with grace and determination continued last night. While the late night host has previously tackled health care and the Trump administration’s attempts to take away insurance for millions of Americans, this time his tearful monologue focused on yesterday’s mass shooting in Las Vegas.

Kimmel, who is originally from Las Vegas, skewered America’s innate prejudice that allows us to condemn terrorism if it is committed by Muslims or any brown people, while calling white shooter Stephen Paddock “a lone wolf” instead of naming him for what he was – a domestic terrorist.

“There are a lot of things we can do about it. But we don’t, which is interesting,” Kimmel said. “Because when someone with a beard attacks us, we tap phones, we invoke travel bans, we build walls, we take every possible precaution to make sure it doesn’t happen again. But when an American buys a gun and kills other Americans, then there’s nothing we can do about that. And the Second Amendment, I guess, our forefathers wanted us to have AK-47s is the argument, I assume.”

Kimmel says the calls for “thoughts and prayers” from politicians and the National Rifle Association are fine with him.