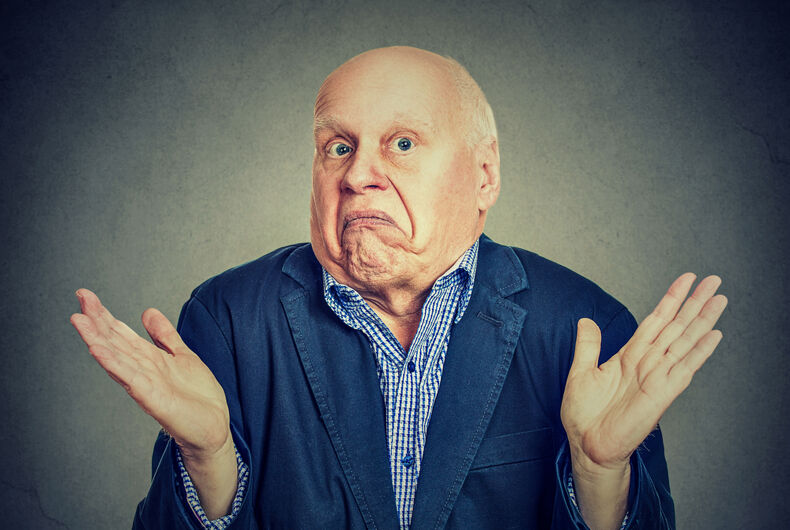 Far right gay blogger Jim Hoft, once deemed “the dumbest man on the internet” for his nonsensical constant attacks on the Obama administration, has stooped to a new low in the aftermath of the horrific mass shooting in Las Vegas.

It’s worth noting that most of Hoft’s “news” is nothing more than malarky, but the Trump administration has given the outlet a press pass thanks to the site’s glowing coverage of the reality star’s unstable tenure. When you wonder where Trump gets the crazy crap he says, look no further than Jim Hoft.

As the internet jihadi police woke up and stretched their keyboard punchers this morning, they were off on the scent of a liberal killer. (That’s almost as good as a Muslim terrorist in their world.) You’ll be surprised to discover that the expert sleuths on sites like 4chan and Gateway Pundit quickly found their man.

The sites blared that Geary Danley was the shooter, but, in reality, Stephen Paddock was the perpetrator of the deadliest mass shooting in American history. They combed through Danley’s social media, touting that he was fans of pages like “Proud to be a Democrat,” “Thank You Obama,” and “Impeach Trump,” and posted his photos and last available address repeatedly.

Of course Hoft jumped on the train and quickly started promoting the fake news story under the headline “Las Vegas Shooter Reportedly a Democrat Who Liked Rachel Maddow, MoveOn.org and Associated with anti-Trump Army.” As more details became available, Hoft did what these hacks always do; he tried to erase his own ignorance.

Instead of correcting the record, Hoft simply deleted the article. For the third time this year alone.

“Hoft has made a name for himself in the Obama era by personifying the mindset of Real America’s insane flubby cousin who lives in the midwest and forces everyone to attend his painfully awful Thanksgiving dinner every year (WE DO NOT SERVE ANY GAY ASS GREEN VEGETABLES IN THIS HOUSE BOY),” Wonkette wrote about the blogger in 2013.

“Hoft’s work can be distinguished through his flailing attempts to exist as something more than just another angry blogger carrying the translucent white man’s burden. Hoft knows that his blog is the sole source of news about the scary brown world out there for all of America’s racist uncles (who need information to drunkenly yell at relatives during family gatherings) and boy does he deliver.

“If you are the sort of person who occasionally takes a gander at the right wing portion of the internet and wonders how exactly it evolved into a place where obviously unstable folks are celebrated as demi-gods, Hoft is probably going to be your patient zero for most of the crazy shit that passes as facts over yonder.”

The @gatewaypundit wrote up Geary Danley as the #mandalaybay shooter and then deleted their post. pic.twitter.com/ocXtTOX6rL