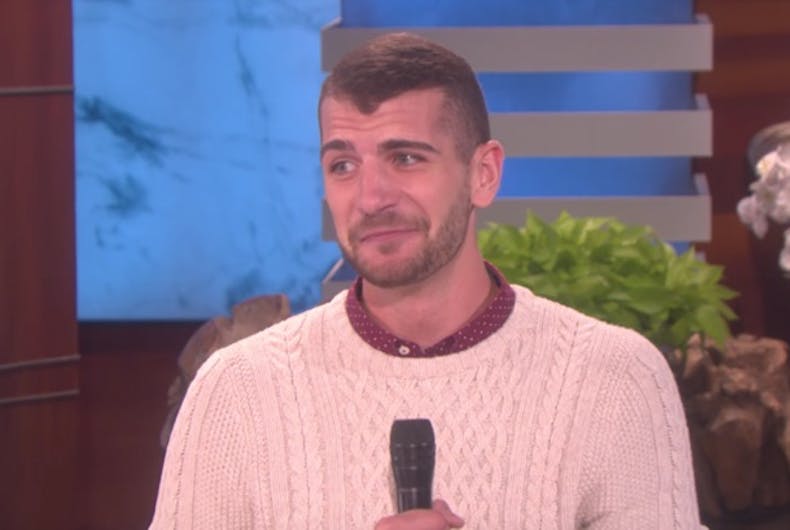 Ellen DeGeneres had a surprise waiting when Trent Bauer showed up to a taping of her talk show. He thought he was just going to be a regular audience member, but after he cut a rug dancing before the show, Ellen used it as an opportunity to give him the gift of a lifetime.

Bauer’s friend wrote Ellen before he came to the taping to sing his praises, saying “He spent his entire college career fighting for gay rights and was even nominated for Homecoming King because of all the good that he does. Trent has a heart of gold. He’s the definition of a true angel.”

During her “casual” conversation with the young student, Ellen got him to open up about his role at the school.

“So I am the LGBT Student Coordinator, which is a position that I wrote to the president and asked them to create. As a student of the LGBT community, I felt that there was an under-served lack of resources,” Bauer told her. “So I wrote to them and asked if I could do some research to develop a centre on campus. And we’re in the process of doing that, so I’m really excited.”

But when Ellen responded, Bauer had every reason to be even more excited. Watch what she does below.