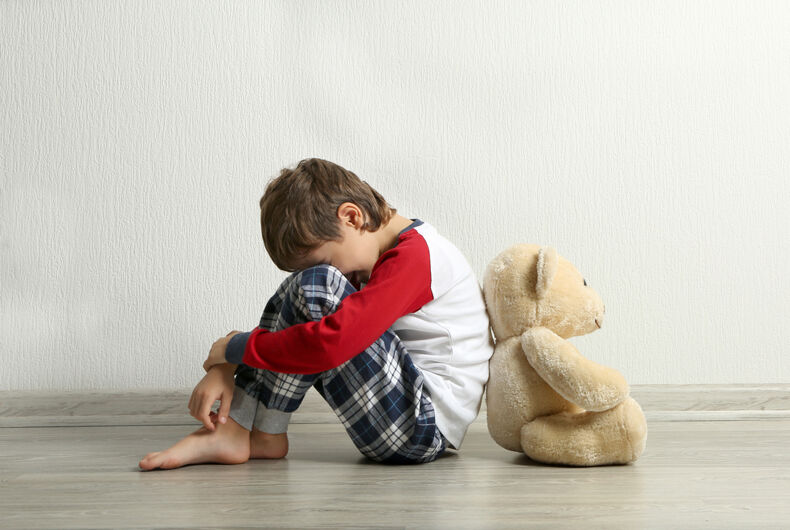 I believe one of the litmus tests by which a society can be judged is the ways it treats its young people, for this opens a window projecting how that society operates generally.

I was sickened and enraged when I heard about 8-year-old Gabriel Fernandez killed by his mother and her boyfriend because they believed the boy was gay. He was taken to the hospital after being beaten so badly he lost consciousness and didn’t wake up, but not before living a tortured existence for years.

At the murder trial, Gabriel’s siblings testified that he was forced to eat cat feces, spoiled food, and when he got sick from eating it, his own vomit. He was also bound and forced into a box for extended periods, pepper sprayed, and beaten daily. The boy’s blood was found on a baseball bat, wooden club, computer cord, and on deep gashes in walls.

In Gabriel’s case, several forms of social oppression came together in extreme ways resulting in his death, primarily heterosexism and adultism, the latter defined by John Bell as “behaviors and attitudes based on the assumption that adults are better than young people, and entitled to act upon young people without their agreement.”

Within an adultist society, adults construct the rules, with little or no input from youth, which they force young people to follow. Even the terminology our society employs to refer to youth betrays a hierarchical power dynamic. For example, we refer to young people as “kids,” a term originally applying to young goats. By referring to youth as farm animals provides adults cover in controlling and maintaining unlimited power over humans. (We must treat and respect animals better than we do as well.)

Of course, parents and other adults have the inherent responsibility of protecting young people from harming themselves and being harmed by others, and of teaching them how to live and function in society within our ever-changing global community. In Freudian terms, we must develop a balance between the individual’s unrestrained instinctual drives and restraints (repression) on these drives in the service of maintaining society (civilization), and to sustain the life of the individual.

We as a society, nonetheless, must set a line demarcating protection from control, teaching from oppression, minimal and fundamental repression from what Herbert Marcuse terms “surplus repression” (that which goes over and beyond what is necessary for the protection of the individual and the smooth functioning of society, and enters into the realm of domination, control, and oppression).

Adultism and heterosexism, individually and in combination, operate as a continuum from subtle to extreme, from adults ignoring or neglecting young people, to statements like “Children should be seen and not heard,” “You’re too young to do that,” and “Just grow up,” to “You’re stupid,” and “You’re ugly,” to “When you are living in my house, you follow my rules,” to circumscribed or qualified love, to corporal punishment, and eviction from one’s home, to sexual and other violent assaultive actions, to murder.

We must not dismiss the brutal killing of Gabriel Fernandez simply as representing an extreme and isolated incident devoid from larger systemic forms of oppression. While possibly not as high profile, similar types of child neglect, abuse, and abandonment are reported every day. Unfortunately, the actions perpetrated by adults against this 8-year-old have become virtually inevitable in our society, which deprives youth of their basic civil and human rights only somewhat less than we deprive these rights from convicted prison inmates.

This litmus test our society continues to fail.